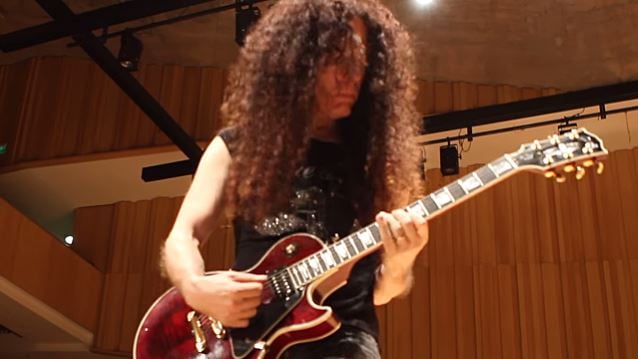 Video footage of Marty's pre-show interview with the Argentinian TV channel CN23 can be seen below. Also available is footage of the entire performance.

"It's all very coincidental because just when I started listening to his music, I got a call from my friend Rodrigo (from the Mexican guitar-duo RODRIGO Y GABRIELA) and he said, 'Dude, let's do a Piazzolla song together,' and I was, like, 'You're kidding! I just heard about him and he is so fantastic!'" Friedman told the Buenos Aires Herald. "Shortly after, I was invited to play with ESCALANDRUM during my stay in Buenos Aires and that just blew me away."

As for the appeal of Piazzolla's works, Friedman said: "I believe Piazzolla's music has shameless pop melodies in it, something I can really relate to.

"If you think about it, the main theme on 'Adiós Nonino' could be turned into a Britney Spears hit song. Yet, at the same time, the song features chaotic textures and complex arrangements that make the pop stuff sound so much more beautiful. I feel very close to him in that sense."

He added: "People usually wonder angrily why am I so into pop music, but if they could take the time to listen to my work with J-pop bands, they would see there's a method to all the madness. Not that I'm even close to putting myself on the same league as Piazzolla, but I truly feel a relation." 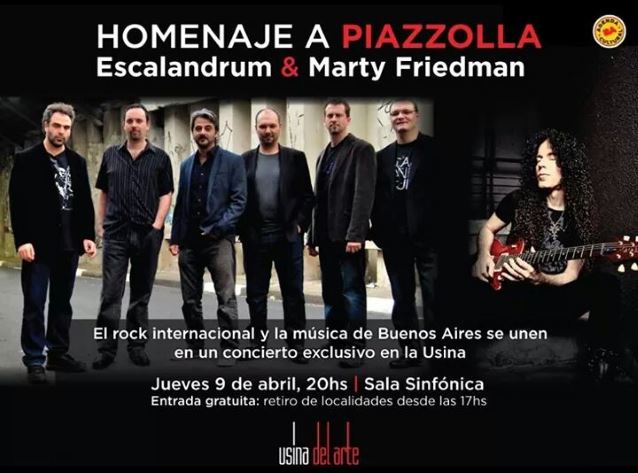