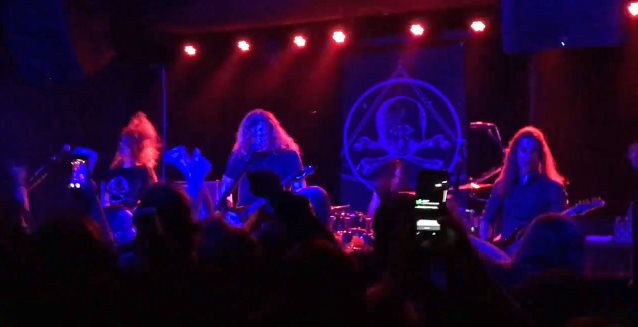 MEGADETH played a special intimate show Monday night (December 12) at the Saint Vitus bar in Brooklyn, New York. The band was billed as VIC AND THE RATTLEHEADS for the event, which was co-sponsored by Unibroue, the Quebec, Canada-based craft brewery that recently collaborated with MEGADETH mainman Dave Mustaine on the band's official beer À Tout Le Monde.

Fan-filmed video footage of last night's concert can be seen below.

MEGADETH will also perform at the Revolver Music Awards Tuesday night (December 13) at Webster Hall in New York City. Mustaine is hosting the show, which he promoted by bartending at the event's announcement party on November 1 at Saint Vitus.

MEGADETH has played a number of "secret" shows in the past under the name VIC AND THE RATTLEHEADS, going back more than two decades.

The band is continuing to tour in support of its latest album, "Dystopia", which came out in January. 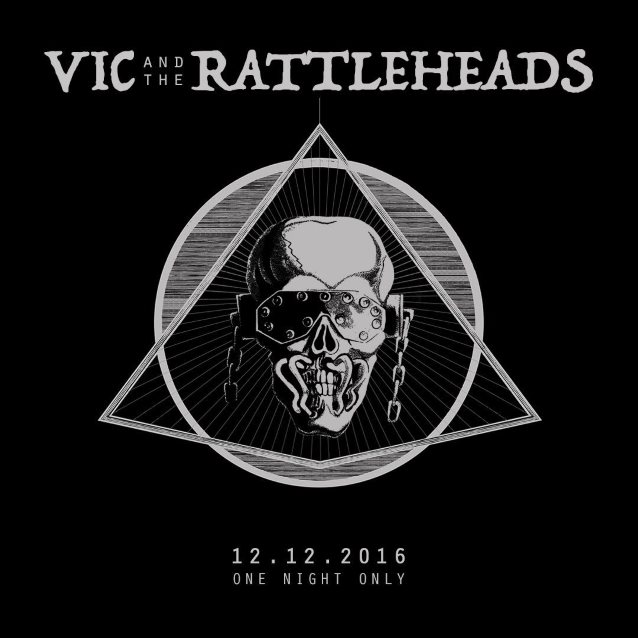