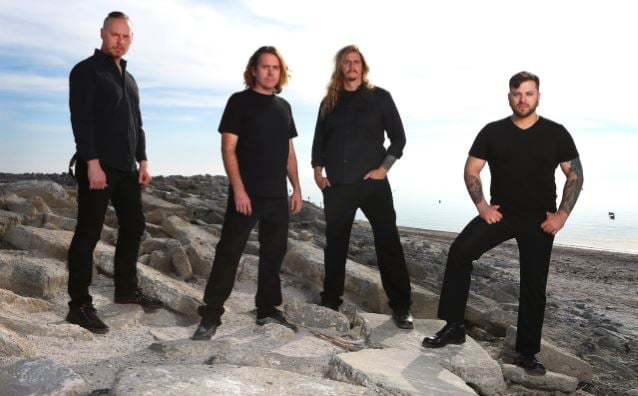 "Clandestine Ways (Krokodil Rot)", the new video from San Diego-based deathgrind masters CATTLE DECAPITATION, can be seen below. The clip was once again directed by Mitch Masse, who previously helmed the band's video for "Your Disposal".

CATTLE DECAPITATION frontman Travis Ryan comments: "Mitch Massie once again hurls us into a nightmarish world of the eye for an eye table turning that CATTLE DECAPITATION lyrics exude, but this time in a much more surreal manner. Here we see the circus has come to town and with it a grisly 'freaks' exhibit featuring the barbaric aftermath of what the protagonists (the 'Ringmaster' and a freed 'specimen') have done to the leading researchers at Cosmeugenics Laboratories — a place where cosmetics testing is performed on earthen creatures all in the name of human vanity — but this time by completely incorrectly administering the clandestine, flesh-eating drug 'krokodil.' I'll leave out the horrific details as you'll have to see that for yourself!"

"The Anthropocene Extinction" came out last August via Metal Blade. The CD was once again helmed by Dave Otero (ALLEGAEON, CEPHALIC CARNAGE),who worked on 2012's "Monolith Of Inhumanity".