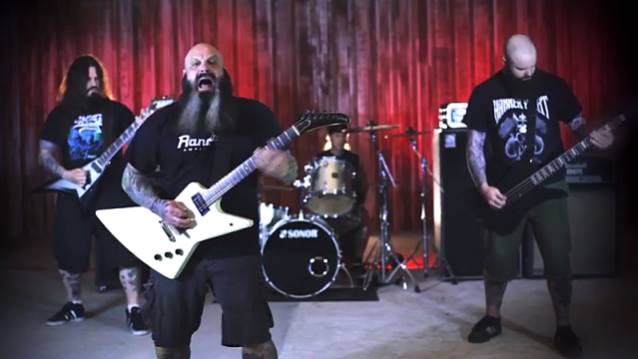 "Walk With Knowledge Wisely", the new video from New Orleans sludge metal veterans CROWBAR, can be seen below. Directed by Mike Holderbeast (DOWN, EYEHATEGOD),this is the first of two clip fans can expect to see from the band's new album, "Symmetry In Black", which came out this week.

"For this video, we decided to let the music do the talking," said CROWBAR guitarist/vocalist Kirk Windstein,