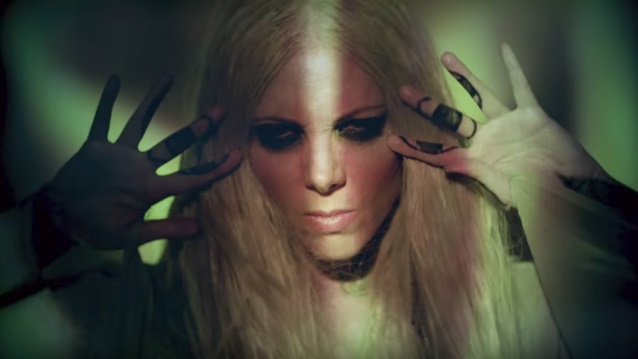 Video Premiere: IN THIS MOMENT's 'Roots'

IN THIS MOMENT's video for the song "Roots" can be seen below. The clip was directed by Maria Brink and Robert Kley.

"Roots" is taken from IN THIS MOMENT's latest album, "Ritual", which was released this past July by Atlantic Records in partnership with Roadrunner Records. The disc features a guest appearance from JUDAS PRIEST frontman Rob Halford on the song "Black Wedding".

Asked how the material from "Ritual" has been going over live, guitarist Chris Howorth told Fuel The Scene magazine: "The reception has been overwhelmingly good all across the board. It's kind of weird now… Because album sales are so different, with streams and everything, you don't really notice it, except for on the live front, you see the people showing up and singing the songs, and you know that they're getting it and hearing it. Otherwise, it's hard to kind of tell."

Added guitarist Randy Weitzel: "When we play a song for the first time, people are just sort of staring at you. But as tours go by, they start to get to know the lyrics and it livens up a little bit. So I think it's going pretty good."