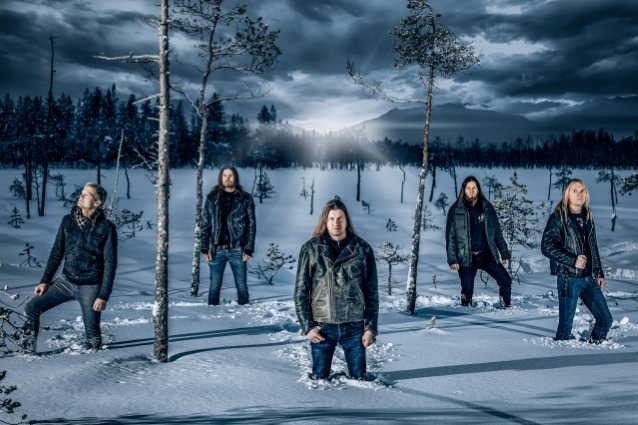 Video Premiere: KALMAH's 'Take Me Away'

"Take Me Away", the new video from Finnish metallers KALMAH, can be seen below. The song is taken from the band's latest album, "Palo", which was released on April 6 via Spinefarm Records.

Once again recorded at Tico Tico with trusty old Ahti Kortelainen manning the helm and finalized by studio sorcerer Svante Forsbäck (RAMMSTEIN, VOLBEAT, APOCALYPTICA),"Palo"'s poignant, almost beautiful melodies intertwining with relentless rip-your-face-off aggression are everything its equivocal name suggests and more — a testimony to and a prime example of burning passion for music; a piece of unbridled all-consuming wildfire of melodic death metal mastery likes of which come by maybe once in a decade.

Guitarist Antti Kokko states: "Almost 30 years of swamp madness and here we are today representing our eighth album with fishing tridents sharpened shiny. The album stands strongly on the very roots of KALMAH sound yet introduces fresh breath from the Swamplord's tar-stained lungs."

In a time when others in the melodic death metal genre increasingly lap up influences from more commercial and contemporary genres of music, KALMAH stays true to its roots of death metal, Finnish melodic heritage, cantankerous never-say-die attitude and themes of Northern nature and the folly of mankind. "Palo" presents its listeners with a set of songs that with their web of melodies and in-your-face aggression exemplify the band's ongoing evolution towards becoming an international death metal powerhouse. 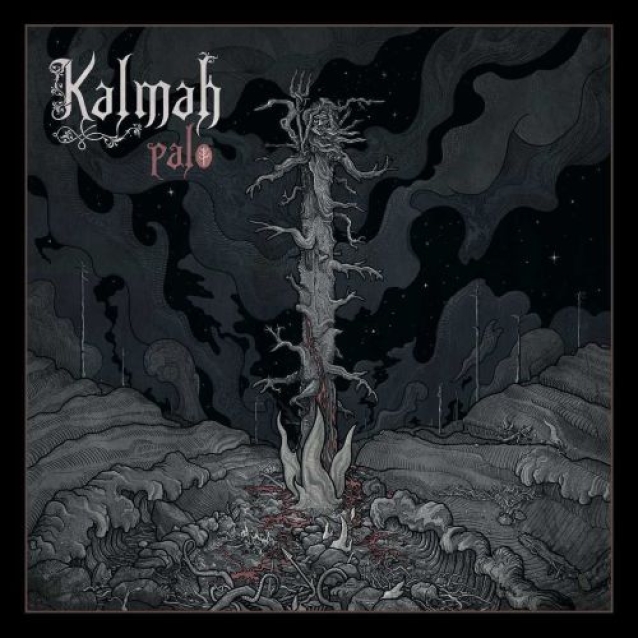