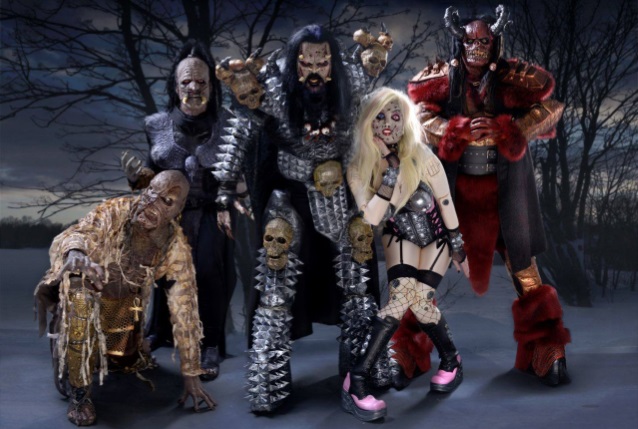 The official video for the explicit version of the song "Naked In My Cellar" from Finnish heavy metal monsters LORDI can be seen below. The track is taken from the band's ninth studio album, "Sexorcism", which will be released on May 25 via AFM. The disc is described in a press release as "a full-on and uncensored shot of LORDI brand hard rock and roll" and "possibly [the band's] most controversial record to date."

"Sexorcism" was recorded and mixed at Finnvox studios by Mikko Karmila.