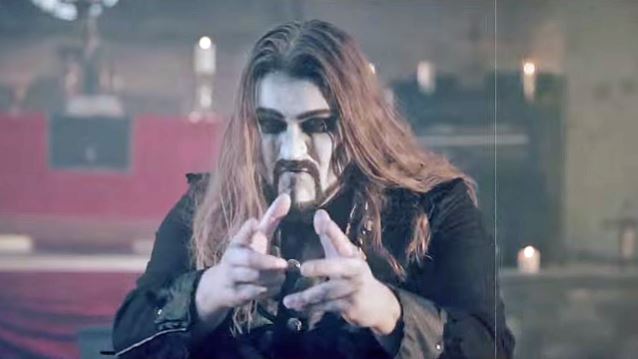 The official video for the song "Army Of The Night" from multinational metallers POWERWOLF can be seen below. The track is taken from the band's sixth album, "Blessed & Possessed", which will be released on July 17 via Napalm. The CD was mixed at Studio Fredman in Gothenburg, Sweden with Fredrik Nordström and Henrik Udd and was mastered by Jens Bogren at Fascination Street. The album's cover artwork was once again created by POWERWOLF guitarist Matthew Greywolf.

The band said about "Army Of The Night": "'Army Of The Night' is one of the many songs of 'Blessed & Possessed' we can't wait to perform live. Already the very first time we played that song during the songwriting, the energy and dynamics literally blew us away and we felt like this is going to be a must-play. While many of the songs on 'Blessed & Possessed' are very detailed and elaborated, this one is probably one of straightest and most compact POWERWOLF songs to date."