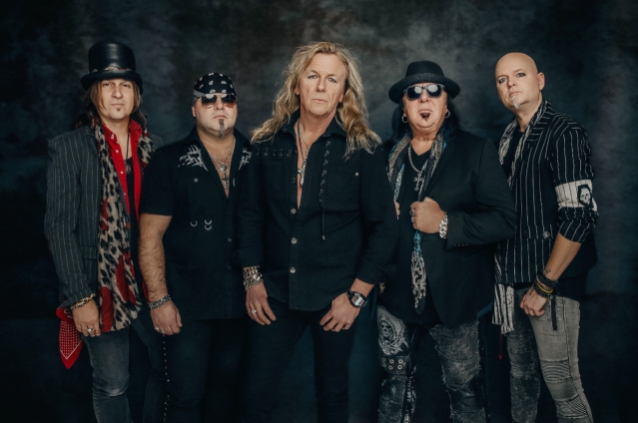 "Undress Your Madness" is PRETTY MAIDS' highly anticipated follow-up to 2016's critically and commercially successful release "Kingmaker", a record that continued the "revitalized" path that the band set out upon with the now stone cold classic albums "Pandemonium" and "Motherland". It's always difficult to follow a successful and inspired record, but "Undress Your Madness" shows PRETTY MAIDS are still in the freshest and most vital phase of their career since the early 90's.

"I think the new album is a kind of continuation of what we've done the past ten years," says singer Ronnie Atkins. "I'm really happy about the way it turned out 'cause there's a lot of good songs on it in my humble opinion and it's probably even more melodic than our previous efforts."

The production, as always, is absolutely stellar thanks to Jacob Hansen (VOLBEAT, AMARANTHE, KOBRA AND THE LOTUS),who has given the band a sound that not only reinvigorates them, but also incorporates the beloved soundscapes of the past. Modern and classic at the same time, if you will. "It's just a match made in heaven, I think. There's a great chemistry between us, we share the same humor and thoughts about what a good song is, so there's a lot in common," continues Ronnie. "Quite simply the most gentle and easy-going guy I've ever worked with."

What can then be said about Ronnie Atkins and Ken Hammer? One of the best songwriting teams in the genre, hands down. Atkins's voice just gets better and better as the years go by. Menacing and vicious one minute, melodic and soothing the next. Likewise, Hammer is on fire here and lays down some of his heaviest riffs in recent memory. Rene Shades's bass playing is as thunderous as ever, propelling the incredible rhythms of the songs along with the superb drumming of Allan Sørensen, who's playing matches perfectly with what each song calls for. Chris Laney's keyboards add a wonderful texture and nuance to these brilliant compositions, tying everything together in the perfect package.

Every track on this beauty is worthy of your attention, whether it is an in-your-face barn burner such as the storming opener "Serpentine", the title track, and "Black Thunder" or timeless melodic metal anthems such as "Firesoul Fly" and "Will You Still Kiss Me (If I See You In Heaven)", or even a superb power ballad like "Shadowlands".

"The album was written in a very short period of time," says Atkins. "Basically, it was written in January, just prior to recording it in February this year. So everything was very fresh when we entered the studio, in fact, so fresh that some of the songs were hardly finished when we started, but it all fell into place as we preceded with the recordings." 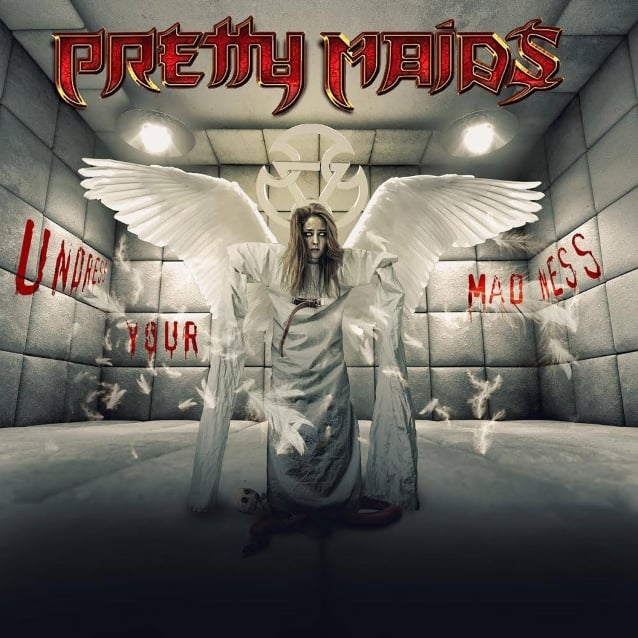