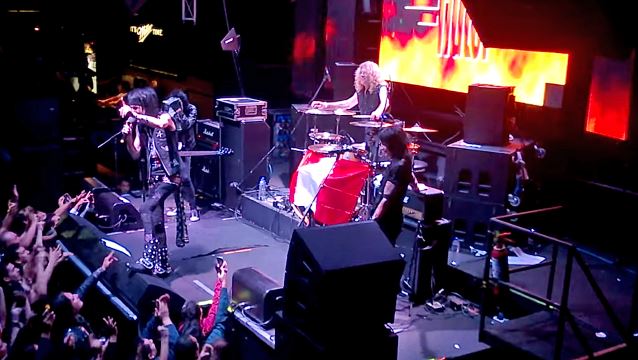 Fan-filmed video footage of ADLER, the band led by former GUNS N' ROSES drummer Steven Adler, performing on July 23 in Lima, Peru can be seen below.

The band is working on material for its sophomore album for a tentative February 2016 release.

GUNS N' ROSES was inducted into the Rock And Roll Hall Of Fame in 2012. Slash, bassist Duff McKagan and Adler attended the ceremony, while Axl and founding guitarist Izzy Stradlin stayed home.