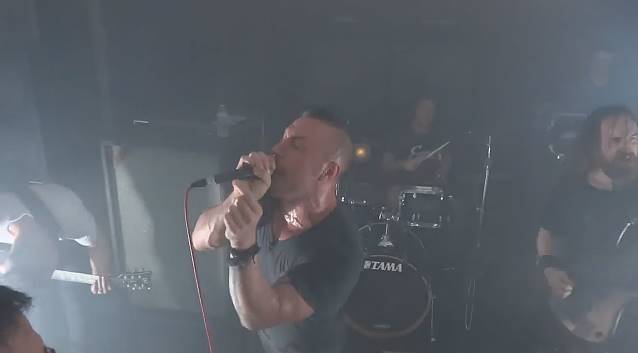 Fan-filmed video footage of THE DILLINGER ESCAPE PLAN performing its new single, "Happiness Is A Smile", during the band's surprise show on Tuesday, April 1 at Backroom Studios in Rockaway Township, New Jersey can be seen below.

"Happiness Is A Smile" will be made available on limited-edition colored seven-inch vinyl via the band's merchandise table and as a cassingle through the group's VIP packages during THE DILLINGER ESCAPE PLAN's U.S. tour, which kicks off on April 3 in New York City.

The artwork for "Happiness Is A Smile" was created by BBC Radio One presenter and occult artist Daniel Carter.