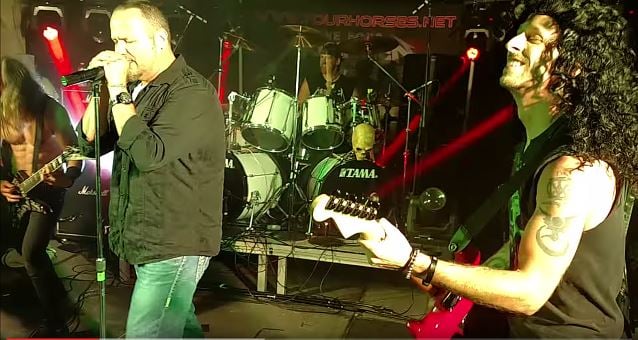 Former JUDAS PRIEST and ICED EARTH singer Tim "Ripper" Owens joined the METALLICA tribute band THE FOUR HORSEMEN on stage at the Furraitti Brothers Festival in Doylestown, Ohio earlier in the month to perform a couple of JUDAS PRIEST and DIO classics. Fan-filmed video footage of his appearance can be seen below.

In an interview with CantonRep.com, Tim was asked if he thinks metal fans who didn't accept him fronting JUDAS PRIEST are able to view that period more fondly now that time has passed.