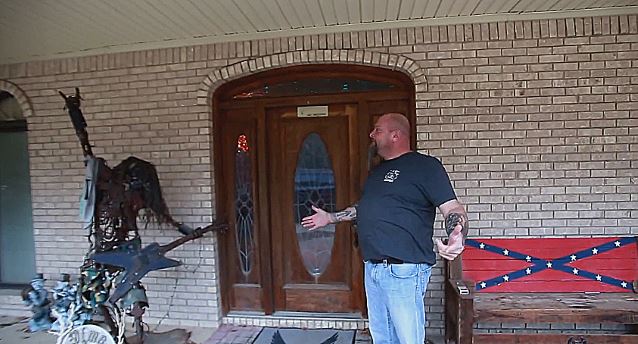 Guitar World's February 2015 issue, which is available at the magazine's online store, is the ultimate tribute to the late PANTERA and DAMAGEPLAN guitarist "Dimebag" Darrell Abbott.

As part of Guitar World's coverage, which was timed for the tenth anniversary of the guitarist's tragic death, the magazine was invited into Dimebag's home and recording studio (a.k.a. The Fortress) in Dalworthington Gardens, Texas — and they got to bring their cameras.

In the video below, enjoy Guitar World's exclusive video tour, which offers a private look at Dimebag's impressive guitar collection, not to mention his home, memorabilia, kitchen, bathrooms and a lot more.

Abbott, one of the most beloved and respected musicians in hard rock, was shot onstage during a DAMAGEPLAN concert on December 8, 2004 at the Alrosa Villa club in Columbus, Ohio by a 25-year-old ex-Marine named Nathan Gale. Gale murdered a total of four people and wounded three others before being killed himself by police officer James D. Niggemeyer, who arrived on the scene minutes after Gale began his rampage.

Abbott and Paul formed PANTERA in the mid-Eighties in Texas. The band recorded four independent albums before their 1990 major label debut, "Cowboys From Hell", introduced a heavier sound and made them a favorite with metal fans. 1994's "Far Beyond Driven" debuted at No. 1 on The Billboard 200 without benefit of a commercial hit single.

Abbott's death was a devastating blow to the close-knit hard rock and metal community. He was known to his fellow musicians for his hospitality, friendship and partying spirit, and was a legend among fans and peers for his powerful, innovative and unmistakable playing style.

Vinnie Paul told The Pulse Of Radio a while back that he continues to work to keep Abbott's memory alive. "It's very important to me to make sure that Dime's legacy lives on forever, and I think without anybody even tryin', it will, you know," he said. "But I just want to make sure that the things that are still here that he was part of, can increase that and just be one more thing that lends credence to his legend, you know." 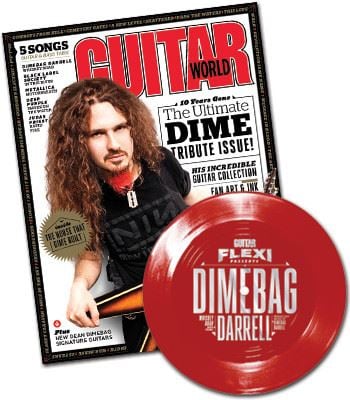