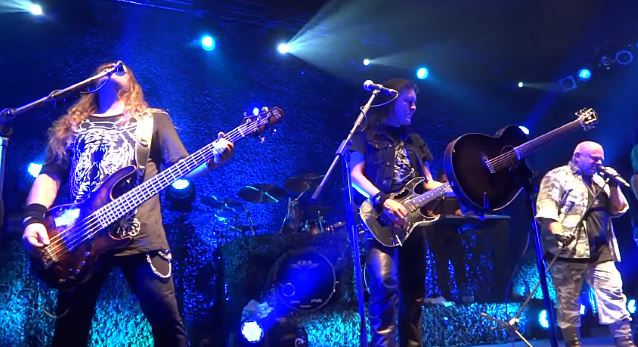 Fan-filmed video footage of U.D.O. — the German metal band fronted by former ACCEPT singer Udo Dirkschneider — performing on March 8 in Bratislava, Slovakia can be seen below.

Sven made his live debut with U.D.O. on March 6 in Würzburg, Germany.

"Decadent" was made available in the following formats: digipak, standard CD, black vinyl, colored vinyl, and as a limited-edition fanbox.

Asked if he felt it was important to deliver a political message with "Decadent", Udo told Music Enthusiast Magazine: "Yeah, and it was not directly planned for this album, but the first idea, lyric-wise, for 'Decadent' was when I saw an advertisement on TV about an organization that works with children. They were showing the poor kids in Africa, the kids that have nothing to eat and looked really horrible, so that was something I chose to write lyrics about."

He continued: "We're living in a decadent world. Let's say Germany or America, they're rich countries, but they have something wrong in this world. That's where I came up with the idea to write lyrics for the 'Decadent' album, specifically the song 'Decadent'."