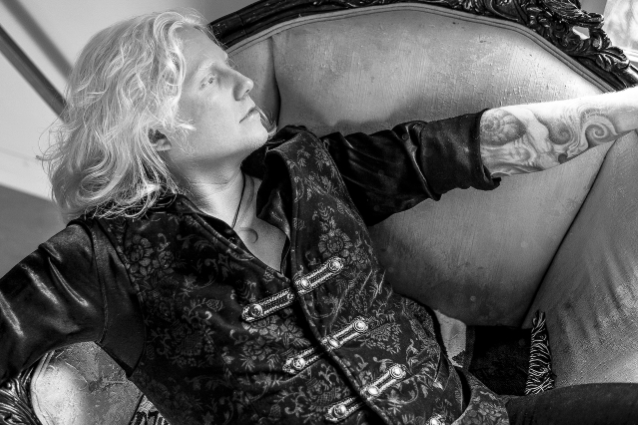 Kalen stated about the track: "'Let Them Come' started last year in Nashville when I was tinkering around on my guitar. I tuned my guitar down really low until I got this cello-like sound and my brother Nick Morris — whom I collaborate with a lot — went, 'What is that?' to which I responded, 'I don't know, but I think it's good…' So, the riff for 'Let Them Come' happened first, and immediately I thought it had to have a chant. I started humming and eventually that turned into 'say bye bye to the old ways, old ways.' The entire song came from this and we pieced it together like Frankenstein.

"The whole concept for 'Let Them Come' is that there's the young, the old, the new; there are inherent rights and wrongs, but time is always changing. We're always evolving, but the one constant is that we're all mostly ridiculous. Life can be pretty comical. If an army of youth and reason tramples us all and we're all turned to dust, it will still be hilarious. So 'Let Them Come': don't take life so seriously. It's about poking fun at, and honoring, everyone."