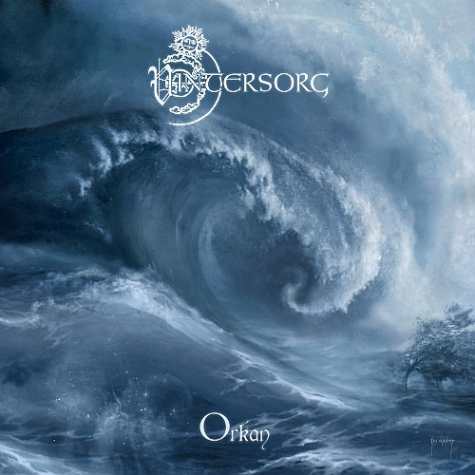 According to a press release, "Orkan" "combines the best of two worlds. Namely, [Hedlund's] folk-tinged roots and the progressive songwriting of his latest works. The eight tracks provide the listener with rousing and hymn-like refrains, extreme diversified vocal parts, superb riffs and brilliant melodies. Above all the compositions tower VINTERSORG's highly unique vocals which show a wide range of new facets. The new opus is therefore a highly interesting and recommendable album, comprised of all periods of the Swede's creative musical life, thus achieving a whole new level of songwriting."

In a recent interview with Global Metal Apocalypse, Hedlund stated about "Orkan", "VINTERSORG has always been a band that has evolved with every new album and that's a very strong foundation in our art. To feel free to evolve and discover new grounds to embrace, just follow where the inspiration takes you and not calculate how that will affect the band commercially, that's what real art is about from where I'm standing. The album is a continuation from the last one, 'Jordpuls', but with some fresh angles and a more perfected production, I would say. Some songs have a bit darker atmosphere, but I'm all from the inside… so it'll be interesting to see what people from the outside will think. . . It's an album where all the songs need to be there to have the total atmosphere of what we wanted to achieve this time around, but songs like 'Istid', 'Polarnatten' and 'Myren' is some that will dwell your mind for a while, I guess."