Progressive sci-fi metal innovators VOIVOD have announced a new string of dates in support of their latest mini-CD, "Post Society". The trek, which will kicked off in early June, will see the band playing festivals and club shows in Europe as well as selected dates in their Canadian home afterwards, including an appearance as support to METALLICA in Quebec City.

VOIVOD drummer Michel "Away" Langevin stated: "The writing of the new album is nearing completion, but it is already time for us to fresh up the set list for the first leg of our European tour in June. I am especially excited to play Sweden Rock once more. When we played there in 2009, I got to watch UFO performing a stellar set. This time we are sharing the stage with other heroes of mine, LUCIFER'S FRIEND!

"We will come back home to play some cool shows in July, including the Quebec City Summer Festival with METALLICA. In August, we will record the new album before playing the famous Wings Of Metal festival in Montreal in September. Then we will head for Europe again in the fall."

VOIVOD in 2014 parted ways with bassist Jean-Yves Thériault (a.k.a. Blacky) and replaced him with Dominic "Rocky" Laroche. 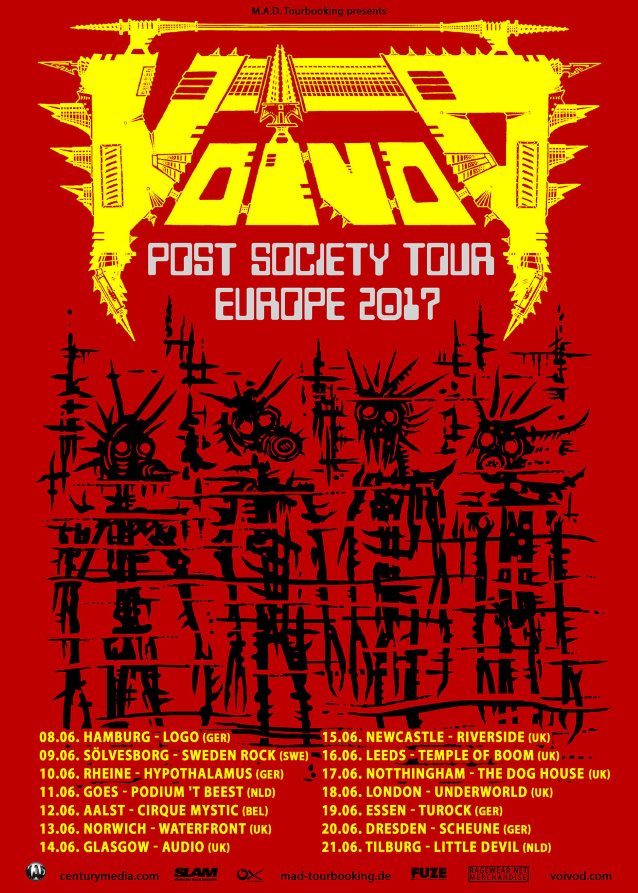