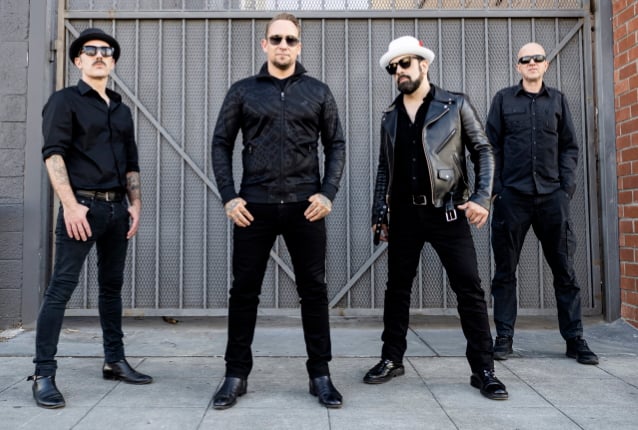 Danish/American rock and rollers VOLBEAT have announced a European headlining tour for the fall. Support on the trek will come from SKINDRED, NAPALM DEATH and BAD WOLVES.

Says VOLBEAT: "VOLFAM!!! Finally after so much time away, we're thrilled to be able to bring a proper VOLBEAT headline tour to our friends across Europe and the UK, starting in October. We are so excited and cannot wait to see everyone out there!

"We're extremely lucky to be able to bring SKINDRED, NAPALM DEATH and BAD WOLVES along for the ride and share this experience with three incredible bands that we are fortunate enough to call friends.

"Limited VIP packages are available for each show, including during the Rebels & Angels fan pre-sale. These packages may include an invitation to the official VOLBEAT pre-show event and the band Q&A session, and to a professional photo taken by VOLBEAT's tour photographer. For a viewing experience like never before, the band is also introducing the 'Parasite Pit' in select markets – an ultra exclusive pit area inside of the stage itself!

Previously released single "Shotgun Blues" is an anthemic track in which Poulsen explores the ghostly events he recently experienced upon moving into a new home. Other songs on the album weave intricate and fascinating tales. "The Sacred Stones" tells the story of "an earthly being who has committed himself to the dark side. He is on a mission, speaking to darker forces and fallen angels." Meanwhile, "The Devil Rages On" looks at the idea of the devil taking human form. Album opener "Temple Of Ekur" returns to the ancient themes explored in past songs such as "The Gates Of Babylon", while the epic album closer "Lasse's Birgita" explores the story of the first witch burnings to occur in Sweden in 1471. 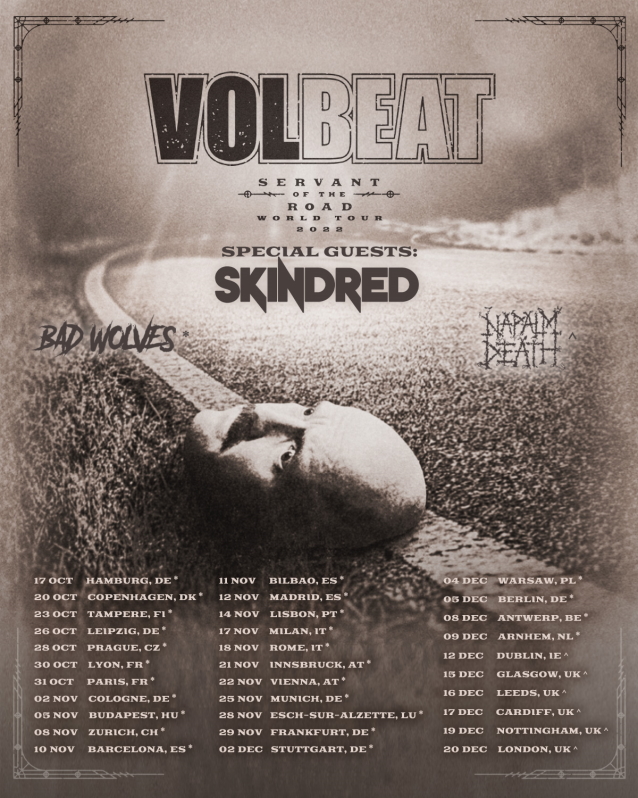