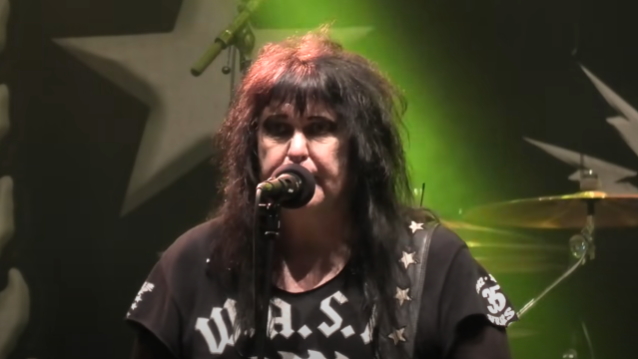 W.A.S.P.'s BLACKIE LAWLESS: 'I Don't Ever See Myself Retiring'

During an appearance on a recent episode of the "Rock Talk With Jacqui Neal" podcast, W.A.S.P. frontman Blackie Lawless reflected on his band's 40-year career. He said (as transcribed by BLABBERMOUTH.NET): "I'm one of those people that doesn't measure time well. I hear a lot of people say, 'It's been 10 years since tada tada da,' and they really feel the effect of that 10 years. To me, for some reason — I don't think it's denial, 'cause I've been like this my whole life — to me, 10 years doesn't feel like what I hear other people talk about 10 years. So whether it's a decade, two, three decades, a tour, whatever, to me I have the memories, of course…

"First of all, I don't feel like I'm getting any older, so I'm kind of in an adolescent time warp, if you like, and I just see things through that arrested development that the world has given me the opportunity to stay in," the 65-year-old musician, whose real name is Steven Duren, continued. "To say, 'Oh, wow. It's been that length of time,' I think to myself, 'Well, yeah, that is true.' But I don't see it as catastrophic or that it's some giant punctuation mark coming at the end of something.

"I don't ever see myself retiring," Blackie added. "What's the point in that? I'm one of those people that if I could have put myself in a Xerox machine and spit out two or three copies of myself, I would have been happy, 'cause I had a bunch of stuff I wanted to do. I have a lot of interests that I'm passionate about, but there just wasn't enough of me to go around. But you do the best you can with what you've got."