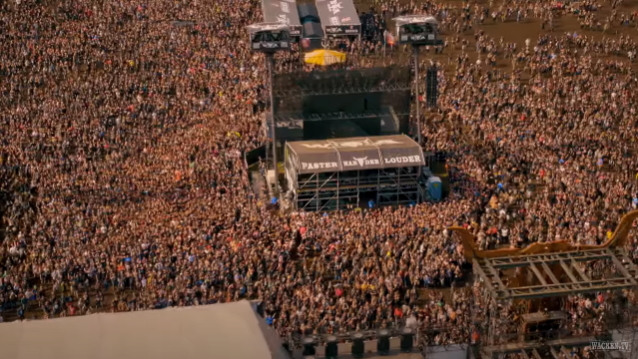 The 2022 edition of Wacken Open Air just less than two days ago and the promoters are already able to confirm that next year's installment of the annual metal festival has sold out. Within six hours, 80,000 tickets to the 2023 Wacken Open Air were sold. This marks the fastest sellout in Wacken's history.

The Wacken Open Air organizers said in a statement: "Metalheads! We absolutely cannnot believe what just happened: The Wacken Open Air 2023 is completely sold out after a record time of 6 hours — all 80,000 tickets are sold out! Thanks for your incredible loyalty, support and the trust you give us!"

They added: "You are the best fans in the world! So we can't wait to celebrate another superlative metal party with you next year. Look forward to many more great bands and a festival with which we will take you back to the age of the Vikings — officially on four days instead of three!"

Promoter Thomas Jensen added: "A sold-out festival in that amount of time — unbelievable. And especially in these times, the backing of the community is enormously important.

"We are still knocking off the dust of this year's Open Air and now, thanks to the trust of our fans, we can continue to fully concentrate on the program in 2023 under the motto 'Vikings', which will have one or two highlights in the bag in addition to the great IRON MAIDEN!"

"This is an enormous proof of confidence from our fans and we appreciate it very much," said promoter Holger Hübner. "This allows us to push Wacken Open Air forward and develop various projects and themes alongside the billing, which we will announce during the year."

The first Wacken Open Air event in 1990 drew less than 800 people, but it has since grown to become the biggest open-air festival of its kind.

Around 30 percent travel from other countries to the festival, which over recent years has been growing in popularity.

So far the following artists have been confirmed for the 2023 edition of Wacken Open Air:

Wacken Open Air normally does not announce the names of its headliners before tickets go on sale. Still, the festival usually sells out within hours.

The festival also doesn't sell VIP access or upgrades and all purchases are for all the days without a single-day ticket option, something they did away with nearly two decades ago. 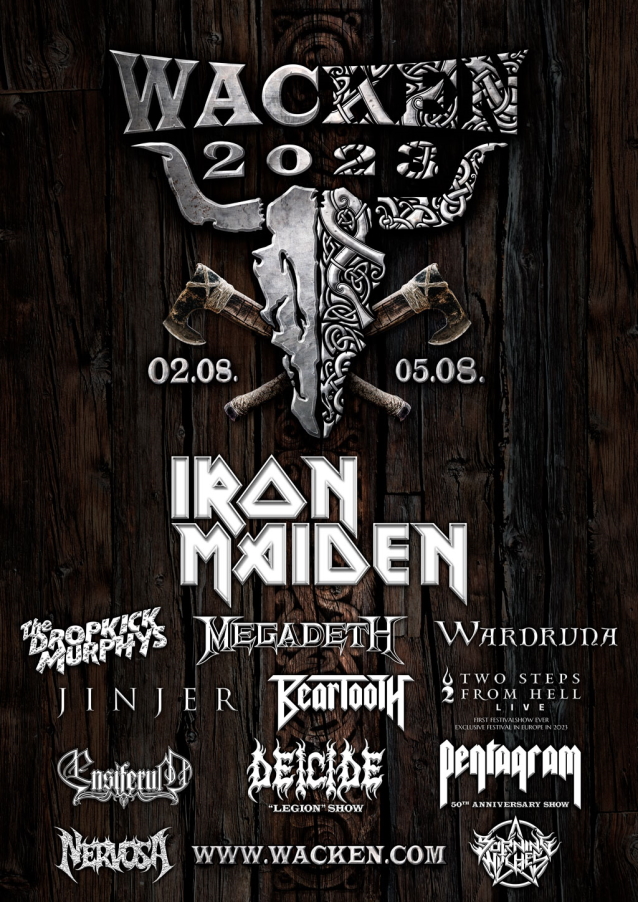