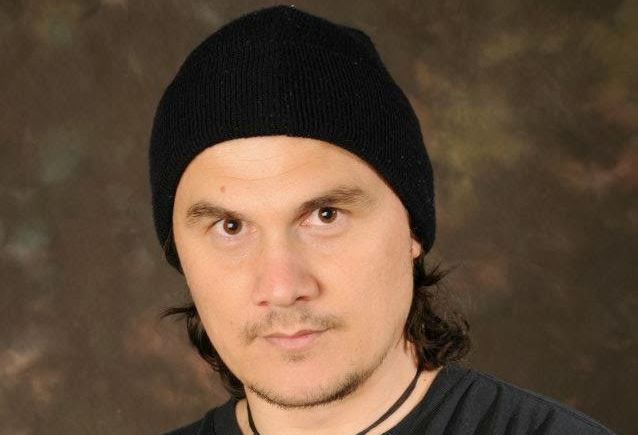 Comments WARLORD's William J. Tsamis (guitar, keyboards): "Although Rick Anderson did a phenomenal job for us on 'The Holy Empire' and Giles Lavery performed extremely well during the WARLORD shows in April 2013, I have had my eye on Nicholas Leptos now for a long time for a few reasons:

"Nicholas has also proven that he can perfectly cover every WARLORD singer 'live.'

"In short, Nicholas Leptos will not only be able to carry WARLORD into an even more epic future, but he will also be able to present the classic WARLORD material in a 'live context,' perfectly covering every WARLORD vocalist that has come before him.

"Needless to say, we are very excited to have Nicholas on board. In a word, he is the ideal Damien King that we had been looking for since the inception of WARLORD."

Leptos' WARLORD audition recordings can be downloaded from Mediafire.

WARLORD released its new album, "The Holy Empire", in March. The effort was made available on CD and digitally via Sons Of A Dream Music/Battle Hymns Music.