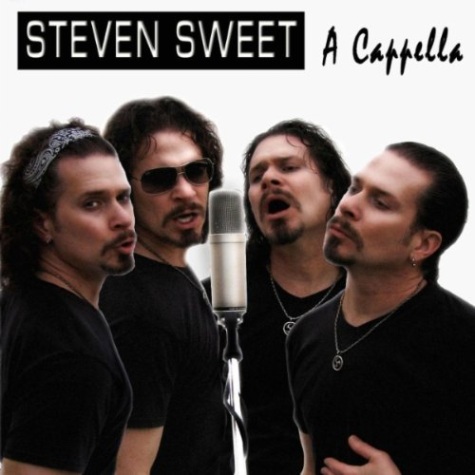 Steven Sweet of California hard rockers WARRANThas released a digital EP, "A Cappella", featuring four songs performed by the drummer, involving only his voice and no instruments.

Audio samples of the "A Cappella" tracks can be heard in the YouTube clip below.

In December of last year, Sweet released an album of Christmas classics called "Steven Sweet's Family Christmas". Recorded over just two short days in December 2007, the collection of family favorites was originally intended as a gift to a select group of family and friends. Each of the seven tracks was approached with the spirit of fun and sung entirely by Sweet and his family. The contribution of wife Beth's, and then-9 year-old daughter Katelyn's, vocal talents resulted in a true family musical (and comical) experience.