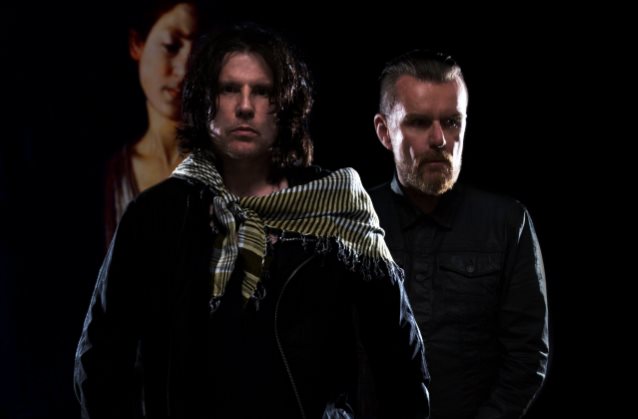 Was THE CULT Instrumental In The Birth Of Grunge?

In a brand new interview with U.K.'s Loaded, THE CULT guitarist Billy Duffy argues his band had more to do with the birth of the grunge movement than they're given credit for.

"I wouldn't say we invented grunge," he says. "But there are a couple of facts that can't be disputed. The first track on our album 'Love' is called 'Nirvana'. And the only city that 'She Sells Sanctuary' was a big hit on the radio was Seattle. Also, if you look at the first scene in PEARL JAM's documentary 'Twenty', they're at the back of a THE CULT gig trying to get in."

In a 2012 interview with Drowned In Sound, THE CULT singer Ian Astbury echoed some of Duffy's comments about their band's impact on the grunge scene, saying: "We had a Top 40 hit in Seattle on their mainstream radio station, which is pretty much unheard of for a U.K. artist. We played a gig there and anyone who's anyone from what later became the grunge movement was there, so we're kind of influential in that way."

By the time the grunge movement exploded in 1991, THE CULT's popularity was waning and by mid-decade the band had gone on hiatus.

THE CULT's tenth studio album, "Hidden City", was released on February 5 via Cooking Vinyl. The follow-up to 2012's "Choice Of Weapon" was written by Astbury and guitarist Billy Duffy and was produced by Bob Rock, who has previously worked with METALLICA and MÖTLEY CRÜE.