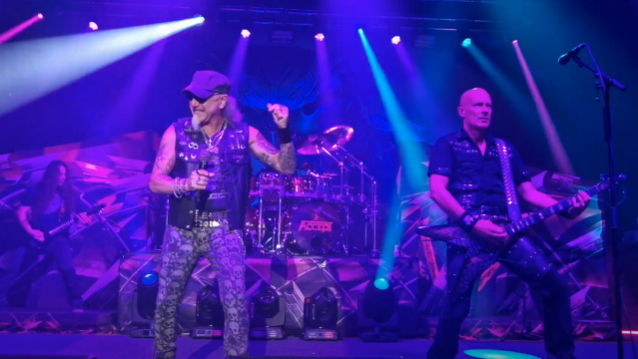 Fan-filmed video of ACCEPT's entire July 16 concert at Dom Kultúry, Sereď, Slovakia can be seen below.

Asked in a recent interview with RockSverige if he managed to stay musically creative in any way during the coronavirus pandemic, ACCEPT guitarist Wolf Hoffmann said: "Fuck no! I wanted to be, but since I always thought we're going to start again some time soon, I didn't feel the need to because we were going to be on tour soon and we had just made an album, so I didn't really feel like writing another album and have it just sitting in the can. Honestly, I wasn't inspired at all. I probably should've [been], but I said, 'Fuck it! I'm not going to do it.' So now we have nothing to show for… [Laughs] I wish I had, but also, I didn't want to do one of those lame… and a lot of artists have done it, where they rerecord a bunch of songs from their childhood… it's a kind of lame thing to do and we didn't want to do that. I thought about it for a second, but then, nah… And I didn't want to do one of those COVID live streams either. Seems like all these things have been done to death by other people. I thought it would be better to wait until we could properly tour again, so we did."

The 62-year-old German-born musician, who currently resides in Florida, continued: "I get really inspired when I have to be. When there's a deadline, that fires me up, and when I know we have a tour in January and I know I have to do this and the record label says, 'We need this in the fall,' then I get going. But when it's like an open end, I have to admit it's, like, 'Nah, not today. I'm not feeling it.' I'm just quite human that way. I'm not the German robot people think I am."

Asked if the pandemic made him stop and think about life, specifically the possibility of never playing live again, Wolf said: "Absolutely. It made me panic a little bit because this is what I want to do in life and this is why I'm on this earth. I was starting to freak out. 'What if it's never going to go back?'

"Who knows what's going to happen? It used to be a certain amount of certainty about things, like, 'Oh, that will never happen,' but lately… I hardly rule out anything anymore. The war in Europe… All of a sudden, it was, like, 'Fuck, we better hurry up with life.' It makes you think. It definitely does. Things you took for granted, you can't anymore. It changed my perspective and it made me realize even more, live while you can and enjoy life because we're not here forever and nothing lasts forever." 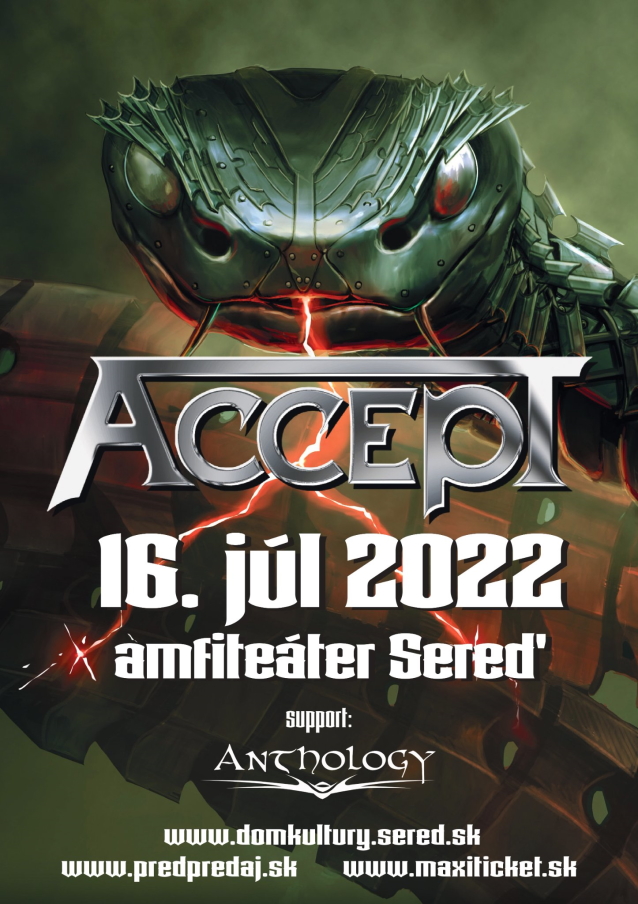