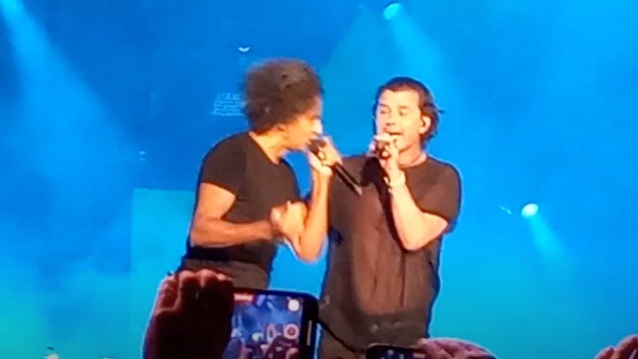 BUSH is on the road in the U.S. a special guest on a tour co-headlined by ALICE IN CHAINS and BREAKING BENJAMIN. The trek kicked off on August 10 in Burgettstown, Pennsylvania and will wrap up on October 8 in Mansfield, Massachusetts.

In a recent interview, Rossdale stated about how the tour has been going so far: "It is going good. It is amazing. I feel like the baby band; we play early, we open the show… It is really fun to be around ALICE IN CHAINS, a legendary band. I've known Jerry [Cantrell, ALICE IN CHAINS guitarist] a long time but never spent so much time with him. So, that's always fun; you can form better friendships or cement friendships like that.

"It just feels like a festival because people come early to watch us," he explained. "There are a lot of people watching the first band, then we play early, and they stay all the way through. We don't get to play in the night; we get to play in the scorching sun. I've done it for a long time. It is brutal, yet there is something magical about it as well."

BUSH ninth full-length album, "The Art Of Survival", is scheduled to drop on October 7 via BMG.

BUSH wrote and recorded what would become "The Art Of Survival" during 2022, reteaming with Erik Ron (PANIC! AT THE DISCO, GODSMACK) who produced "Flowers On A Grave" and the title track for "The Kingdom", and collaborating once again on two tracks with film composer, musician, and producer Tyler Bates ("300", "Guardian Of The Galaxy"). The central theme speaks to both the human spirit's resiliency in the face of trials and tribulations as well as the band's own enduring place as rock outliers.

Raleigh – thanks for jamming with us. Alpharetta, GA, we’ll see you tonight! 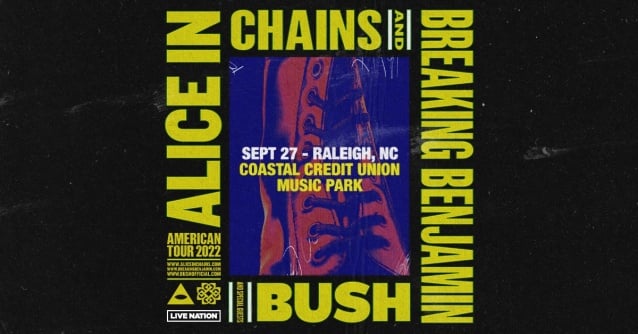