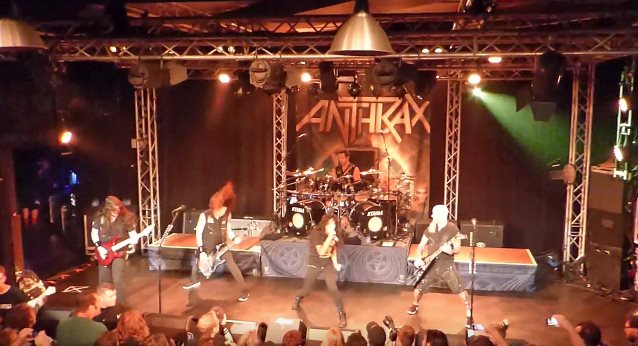 Fan-filmed video footage of ANTHRAX's July concert at De Pul in Uden, The Netherlands can be seen below.

Filling for regular ANTHRAX drummer Charlie Benante at the Uden show was Jon Dette. Benante is forced to miss certain shows on the band's tour due to his continuing battle with carpal tunnel syndrome.

Charlie told San Antonio Metal Music Examiner about his inability to make all the dates on ANTHRAX's tours: "Unfortunately, we're like athletes, and like athletes, they suffer from certain things. I suffer from carpal tunnel problems. But I try and do as much as I could when I can. So we still wanna keep the band… We don't wanna disappoint people. So that's why we do it that way."

Dette first stepped in for Benante during ANTHRAX's appearance at the Soundwave festival in 2013 and at a number of European shows in 2014.

To coincide with ANTHRAX's current European tour, the band has released a digital two-track single titled "Leftoverthrax", including cover versions of KANSAS's "Carry On Wayward Son" and THE WHITE STRIPES' "Black Math".

ANTHRAX's cover version of "Carry On Wayward Son" is a bonus track on the new expanded vinyl edition of "For All Kings". 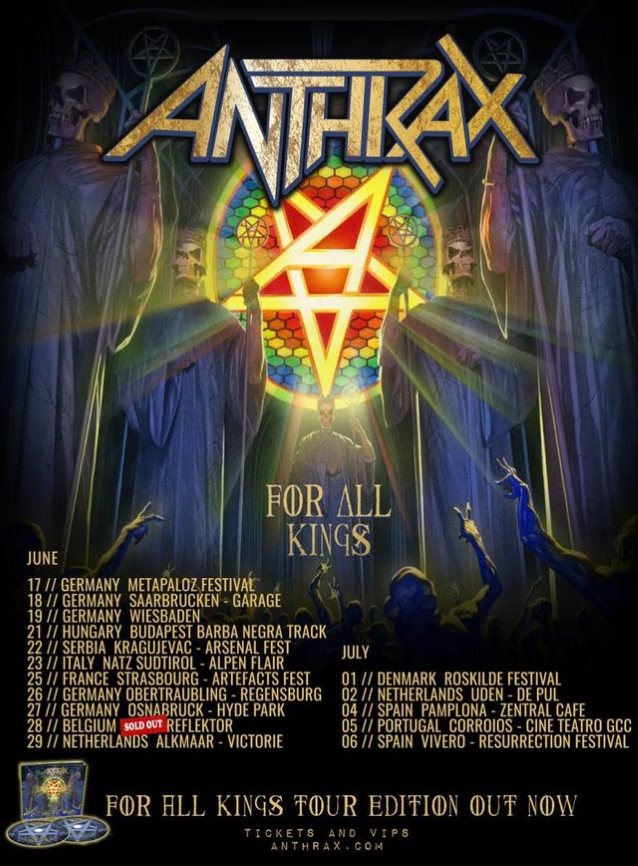