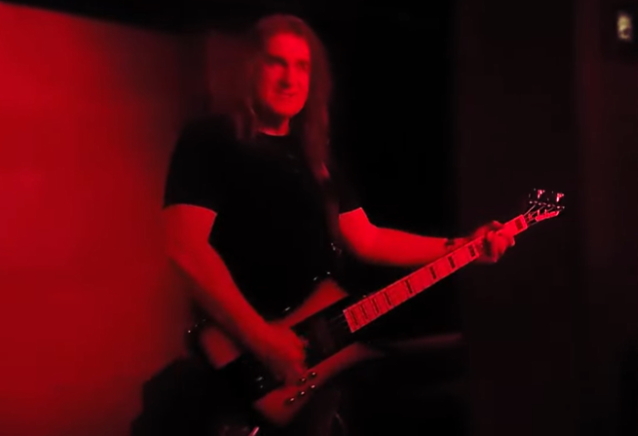 Former MEGADETH bassist David Ellefson took part in a bass jam following a DIETH meet-and-greet on December 1 at the Jazz Rock Cafe in Kraków, Poland. Check out video below.

Following its heavy acclaim and fan response, DIETH knew the only way to move was up, and now plan to drop their debut album in 2023 via Napalm.

DIETH said about the signing: "We are stoked to announce that we've signed a multi-album international record deal with Napalm Records, who will release our debut album in 2023. Their approach to music and devotion to metal made Napalm the perfect, most suitable place for us and our music. Last but not least, we would like to thank each one of you that are giving us this massive support. More info and details about the album will follow soon. Stay tuned!"

Sebastian Münch, A&R at Napalm, added: "The term 'supergroup' feels overused nowadays, but with the formation of DIETH, it correctly and justifiably describes the coming together of these three extremely talented musicians. The first single, 'In The Hall Of The Hanging Serpents', underlines that the debut album could become a death-thrash metal masterpiece. Napalm Records is pleased and proud to partner with DIETH, to establish the band and make the new album a success. Personally, as a lifelong MEGADETH fan, this signing is a dream come true."

Ellefson was fired from MEGADETH in May 2021, just days after sexually tinged messages and explicit video footage involving the bassist were posted on Twitter. MEGADETH leader Dave Mustaine ended up hiring TESTAMENT's Steve DiGiorgio to re-record Ellefson's bass parts on the band's latest album, "The Sick, The Dying… And The Dead!", before inviting MEGADETH alumnus James LoMenzo to rejoin the group as permanent bass player.

Time to get Cold (or Hot 🔥❤️🤘) in Poland!! Who's coming out to meet DIETH in Krakow, Poland on December 1st this... 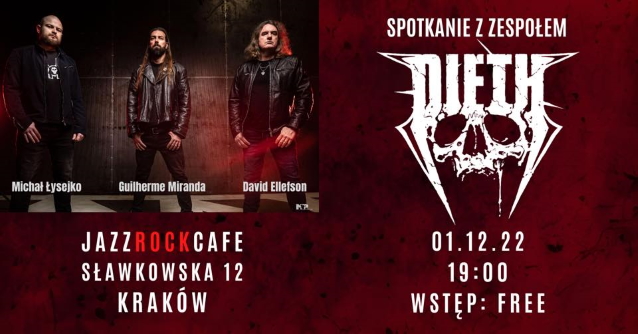