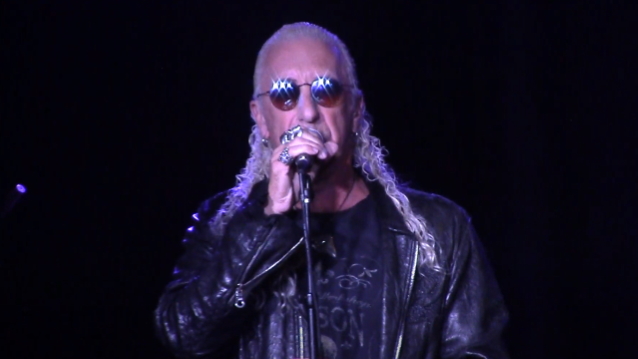 Watch: DEE SNIDER Performs Acoustic Version Of 'We're Not Gonna Take It' At 'Concert For Ukraine'

Dee Snider performed an acoustic version of the TWISTED SISTER classic "We're Not Gonna Take It" last night (Monday, April 4) at a concert to raise funds for refugees from Ukraine in Agoura Hills, California. Video of his appearance can be seen below (courtesy of California Rock News).

All proceeds from the "Concert For Ukraine", which was organized by independent promoter Ken Greene, at the BL Dancehall And Saloon will go to the Children's Emergency Fund, part of the nonprofit Save The Children. Donations will help provide Ukrainian children and families with food, water, shelter and other immediate needs. The nonprofit also supports families displaced by conflict elsewhere around the world.

In late February, Snider announced his steadfast support of the people of Ukraine using the band's "We're Not Gonna Take It" as their battle cry anthem, and within just days, became heavily involved at the forefront of World United Live. The platform operates with the goal of raising awareness that may otherwise be shielded from the Russian people, to digitally, simultaneously protest in support of Ukraine, and to eventually coordinate the world's largest aid concert to help them rebuild.

Last month, in support of World United Live's initiatives and the people of Ukraine, Snider released a brand new, reworked music video for his "Leave A Scar" solo track "Stand", specially renamed "Stand (With Ukraine)". The video, featuring various pieces of current sourced footage, can be viewed at www.worldunited.live.

Snider explained: "About a month ago, someone on social media told me people in Ukraine were using TWISTED SISTER's 'We're Not Gonna Take It' as a battle cry and asked if I was cool with it. Of course I was. My response elicited someone asking me why I was okay with Ukrainians using my song and not some other groups. I won't repeat my exact response (it was a bit political),but that tweet went internationally viral. Every news agency in the world suddenly wanted to talk to me.

"At that very moment, some great people (who were all friends of mine) were hatching the idea for World United Live and asked me if I would spearhead the organization. How could I say no? Since then, we have been beating the drum for the free world to come together, not only in support of Ukraine and condemnation of Putin, but in sending a message to the Russian people that they are misinformed and not being told the truth. Now, with the help of the likes of Arnold Schwarzenegger and many others, we are doing just that!

"About a week ago, it hit me that the song 'Stand' from my last Napalm Records album 'Leave A Scar' fit the crisis in Ukraine perfectly... but I had already released a video for 'Stand' recently. Yet I just couldn't get around how well the lyrics resonated with Putin's attack on these innocent people. Ukraine was the furthest thing from my mind when I wrote the words for that song, yet it was like I had done just that. So, I had a couple of incredibly talented people (Scott Pitek and Steve Sage Goldberg) cut together a new video using some live concert footage and news clips. The result is devastating. Please watch and share 'Stand (With Ukraine)' and join us at www.worldunited.live. Help save the world. Together we can."

Dee told "As It Happens" why he's glad Ukrainians have found inspiration in "We're Not Gonna Take It" as they fight a Russian invasion: "It was designed to be a song where people can read their personal strife and struggle, whether it's your teachers or your parents or your government or an invasion — whatever. But then I started to get some people asking me, 'Well, how can you support that, but you know, you denounced the anti-maskers?' I was processing it and I was about to head out the door to get Saturday-morning bagels for my family, and I said, you know: This is why. And I wrote it down. And I came back a couple of hours later and opened up my Twitter feed, and it exploded, and I said: 'Whoa!' I didn't realize I sort of hit the nail on the head. One group are fighting for their lives against oppression and tyranny for real. It's a life and death situation. The other group are screaming that they're being oppressed because they're being asked to wear a piece of paper over their nose and mouth to protect others. It's just so ludicrous, you know? And when you put that kind of perspective on it, it looks embarrassing when you see these true people fighting for their lives, struggling for their lives in the Ukraine, and you get these silly people … stamping their feet like little children." 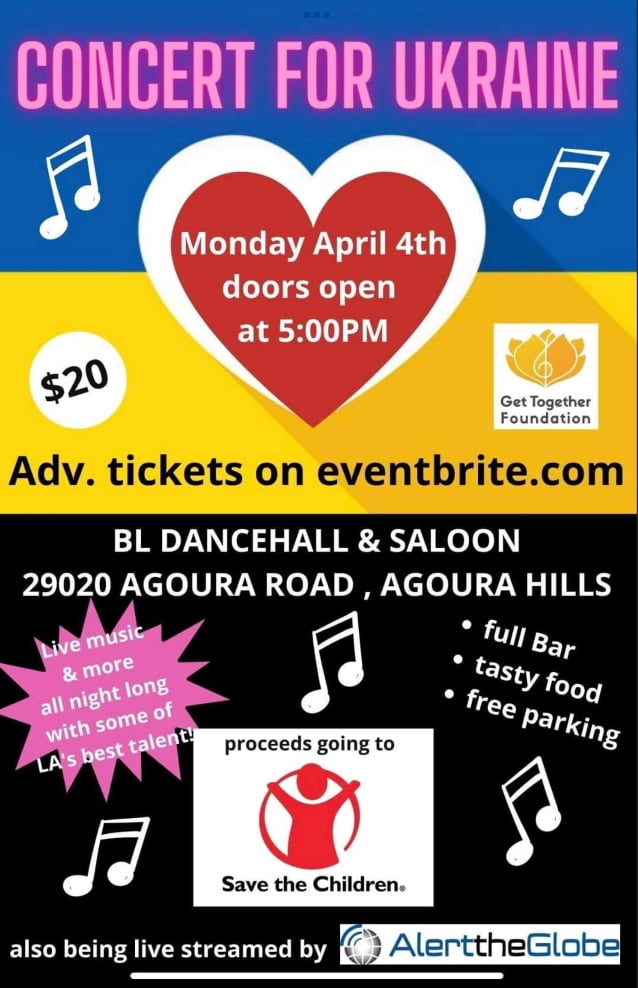