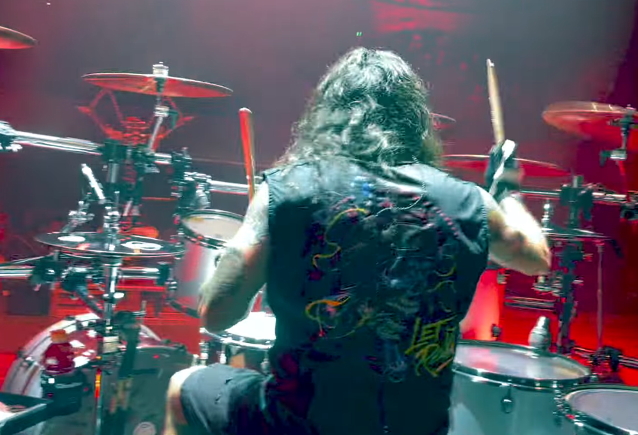 Drum-cam video of W.A.S.P.'s Brazilian drummer Aquiles Priester performing with his bandmates on November 23 at the Ryman Auditorium in Nashville, Tennessee can be seen below.

Priester made his live debut with W.A.S.P. in September 2017 at the opening show of the band's "Re-Idolized - The Crimson Idol 25th Anniversary World Tour" in Gothenburg, Sweden.

Drummer Mike Dupke left W.A.S.P. in 2015 after a nine-year stint with the band. He was initially replaced on the road by YNGWIE MALMSTEEN drummer Patrick Johansson and, later, by Randy Black (PRIMAL FEAR, DESTRUCTION).

Last month, W.A.S.P. kicked off its first U.S. tour in a decade. The trek coincides with the band's 40th anniversary and includes support from ARMORED SAINT and MICHAEL SCHENKER on select shows.