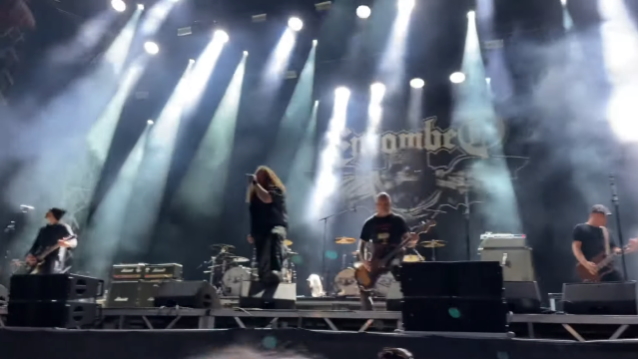 Cronos (VENOM),Tomas Lindberg (AT THE GATES),Scott Carlson (REPULSION),Johnny Hedlund (UNLEASHED) and Urskogr (SERPENT OMEGA) are among the special guests who performed with influential Swedish metallers ENTOMBED at their exclusive show last night (Thursday, July 14) at the Gefle Metal Festival in Gävle, Sweden.

Toward the end of the set, ENTOMBED played with two drummer and two drum kits, with the band's former drummer Peter Stjärnvind joining in.

During a playback of late ENTOMBED frontman Lars-Göran Petrov's piano instrumental "DCLXVI", Alex, Jörgen and Uffe stood still looking down as a tribute to L.G. during which a second drum kit was rolled out and then they played "Chief Rebel Angel" and "Stranger Aeons", with both Peter and Nicke on drums and Peter's wife Pia on vocals. Pia then left the stage, and Peter and Nicke continued playing with Johnny on vocals.

The setlist for the performance was as follows:

When ENTOMBED's appearance at Gefle Metal Festival was first announced last year, CEO Edward Janson said in a statement: "LG was a central figure in Swedish metal who left a huge void behind. When we started Gefle Metal Festival 2016, FIRESPAWN with LG was the very first band to play and at the last festival in 2019, he was on stage with his ENTOMBED A.D. In between, he was in attendance as an enthusiastic fan. It feels good to be able to pay tribute to LG and his contributions to metal with this concert."

Less than six years ago, Hellid, Cederlund and Andersson played ENTOMBED's groundbreaking 1991 album, "Clandestine", in its entirety at Malmö Live in Malmö, Sweden. Joining them at that show were Robert Andersson (vocals) and Nicke's half brother Edvin Aftonfalk (bass),both formerly of the Swedish death metal band MORBUS CHRON. Two weeks earlier, the Hellid-led lineup of ENTOMBED made its live debut on the Close-Up Båten cruise. 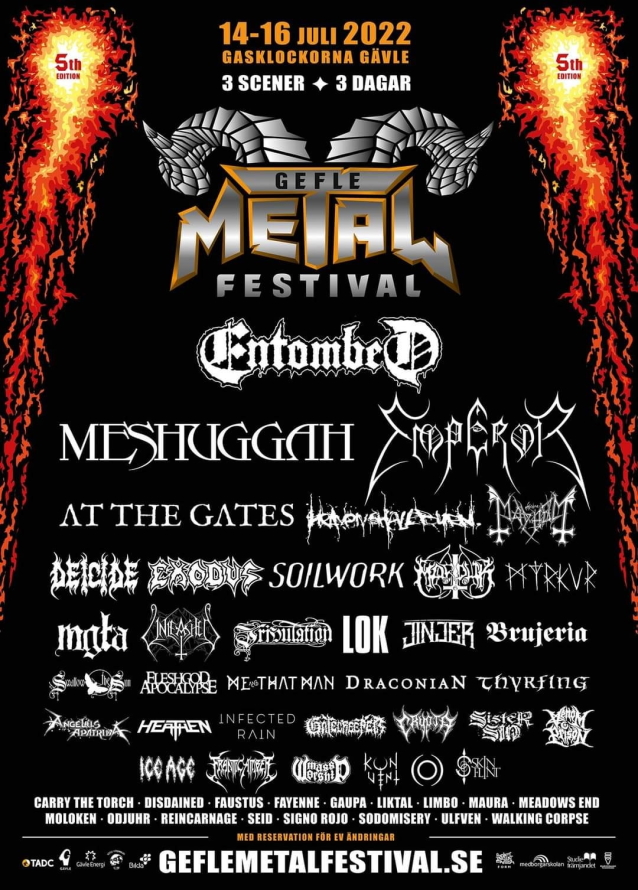