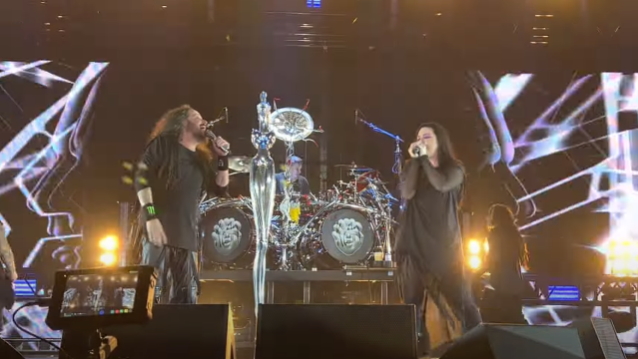 EVANESCENCE frontwoman Amy Lee joined KORN on stage last night (Tuesday, August 16) at the opening concert of the two bands' joint U.S. tour at the Ball Arena in Denver, Colorado to perform the latter group's song "Freak On A Leash". Fan-filmed video of her appearance can be seen below.

Lee previously performed "Freak On A Leash" with KORN at the band's "MTV Unplugged" taping more than a decade and a half ago.

KORN and EVANESCENCE's 18-city tour will make stops across the U.S. in Boston, Chicago, Houston and more before wrapping up in Ridgefield, Washington on September 16.

When the trek was first announced in April, Lee said in a statement: "I fell hard into KORN's music in high school. It was an inspiration during the formation of my own band. The chances we've had to play together over the years are special, a part of our history. They remain one of the best live bands I've ever seen. It's an honor and a thrill to go out with our friends again, our first full tour together since '07. We're all really looking forward to this."

EVANESCENCE's latest lineup changes, including the departure of guitarist Jen Majura, were announced in May.

A month after her dismissal from EVANESCENCE, Majura said that she was still "hurt" by the move and compared the situation to a divorce. She also said that she initially thought it was "a bad joke" when she got a phone call informing her that her services were no longer needed. 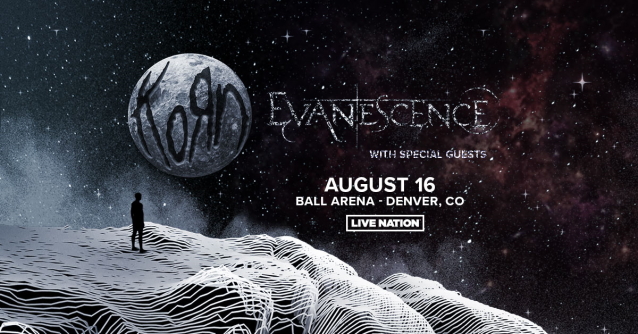