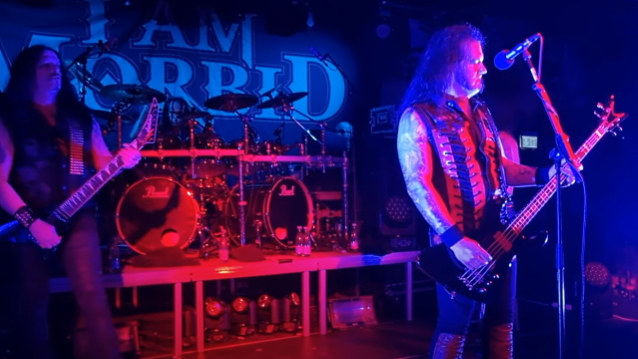 I AM MORBID, the band featuring formerMORBID ANGEL members David Vincent (bass, vocals) and Pedro "Pete" Sandoval (drums),kicked off its "Morbidfest" 2022 European tour on March 24 in Berlin, Germany. I AM MORBID, which also includes guitarists Bill Hudson (NORTHTALE, DORO) and Kelly McLauchlin, is celebrating the 30th anniversary of MORBID ANGEL's second album, "Blessed Are The Sick".

Fan-filmed video of I AM MORBID's March 26 concert at Streetfood in Aalborg, Denmark can be seen below.

I AM MORBID's current tour marks the first time Sandoval and Vincent have played together in 12 years.

Initially announced for 2021, I AM MORBID's "Morbidfest" tour had to be postponed due to the pandemic. But it's finally happening in 2022.
Vincent left MORBID ANGEL in 2015. He has since been replaced by a returning Steve Tucker, who previously handled bass and vocals on MORBID ANGEL's "Formulas Fatal To The Flesh", "Gateways To Annihilation" and "Heretic" LPs.

Thanks to Kent Kirkegaard Jensen with Devilution for these photos from last night’s show in #AalborgDenmark.... 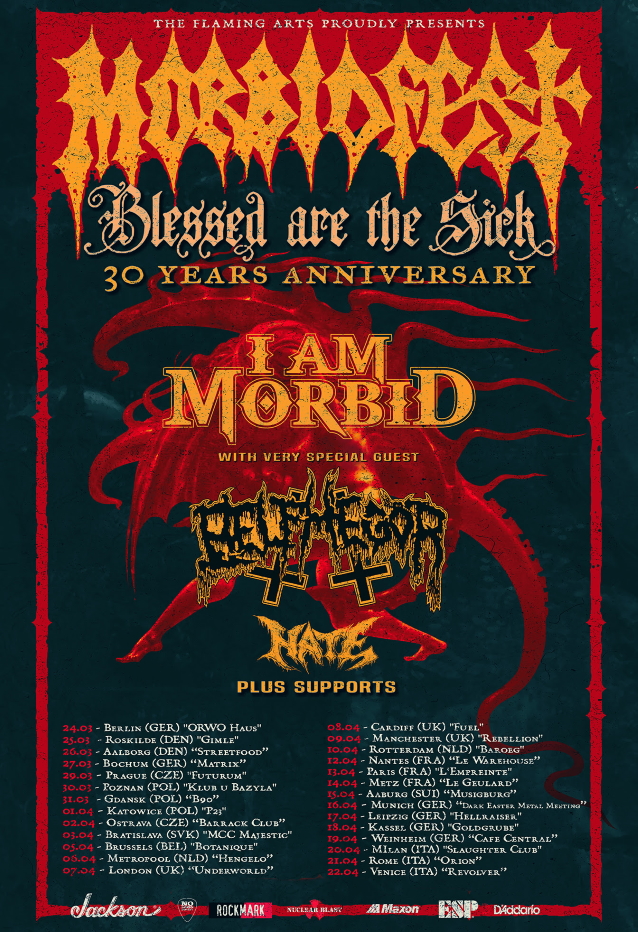