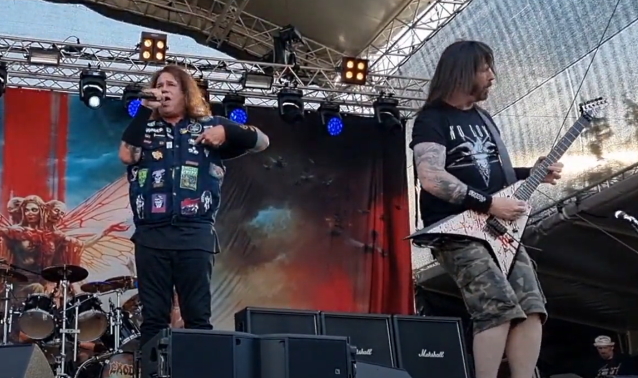 Fan-filmed video of EXODUS's entire August 6 concert at Razzmatazz in Barcelona, Spain can be seen below.

In June, it was announced that EXODUS guitarist Lee Altus would be unable to join his bandmates on their European tour this summer due to "family concerns." Filling in for him is Brandon Ellis of THE BLACK DAHLIA MURDER.

In July 2021, EXODUS drummer Tom Hunting underwent a successful total gastrectomy in his battle with squamous cell carcinoma (SCC) of the stomach. He rejoined his bandmates on stage in October at the Aftershock festival in Sacramento, California. 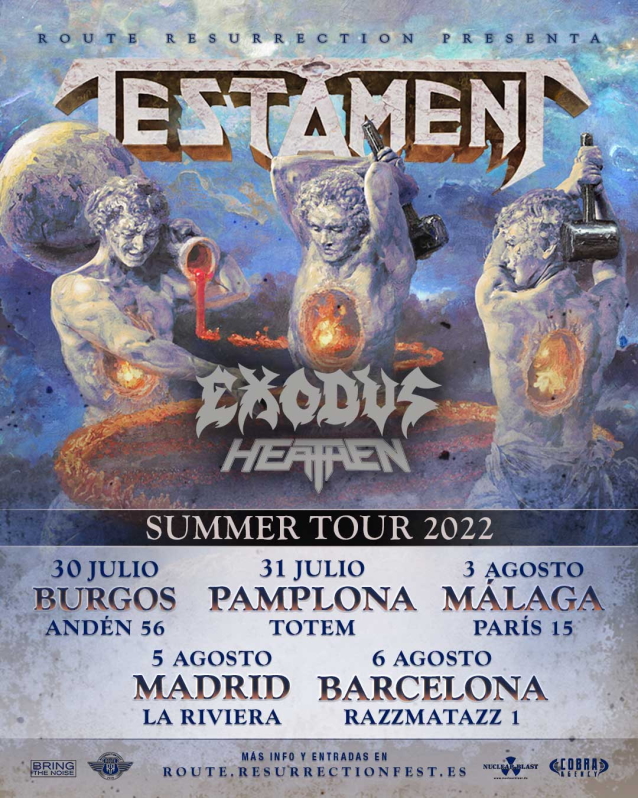