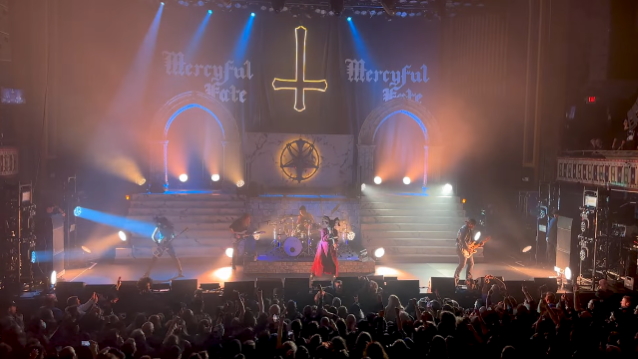 Reformed Danish metal legends MERCYFUL FATE played the final show of their first North American headlining tour in over two decades on November 16 at the Tabernacle in Atlanta, Georgia. Fan-filmed video of the concert can be seen below (courtesy of the Sonic PerspectivesYouTube channel).

Stepping in on bass for MERCYFUL FATE at these shows was Becky Baldwin, a British musician who has previously played with FURY, TRIAXIS and CONTROL THE STORM. She filled in for MERCYFUL FATE's regular bassist Joey Vera, who was unable to make the trek due to a scheduling conflict with his longtime band ARMORED SAINT.

MERCYFUL FATE's North American tour, which featured support from by KREATOR and MIDNIGHT, followed the band's headlining performance at this year's edition of Psycho Las Vegas. 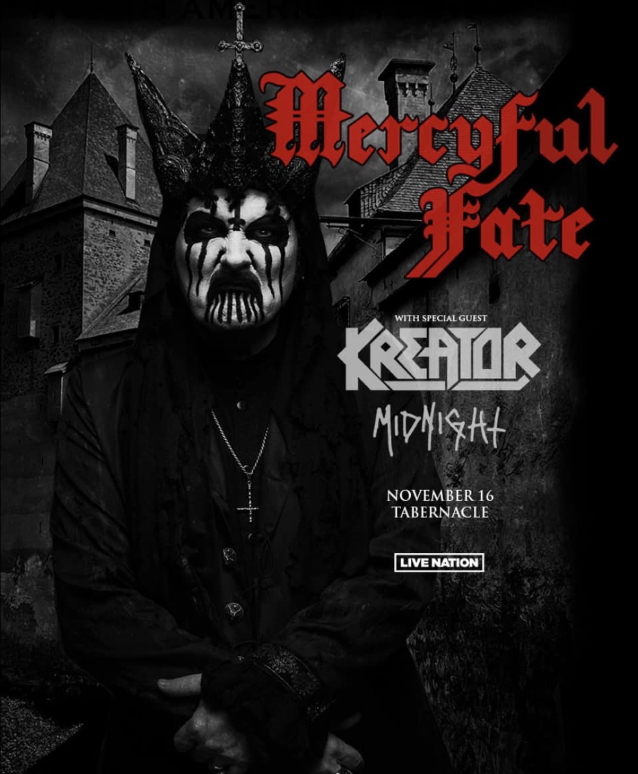