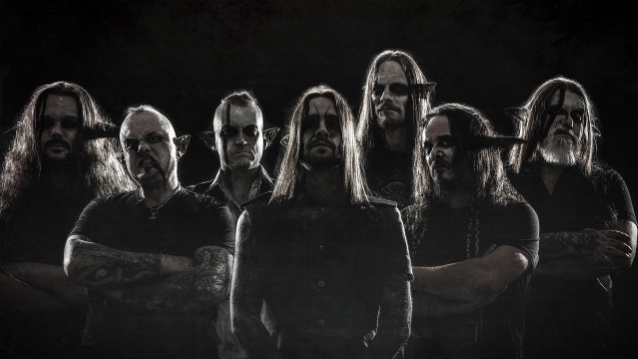 Finnish troll horde FINNTROLL has an animated music video for "Forsen", the second single from its highly anticipated seventh studio album — the first in long seven years. "Vredesvävd" will be out on September 18 via Century Media Records. The title translates to "Wrath-woven," which aptly implies what the vigorous, unapologetic and ill-spirited record is all about.

Says the band of the beautifully animated video, which was created by Animaatiokopla: "The shaman's journey into the other is portrayed in myriads of ancient art. Often symbolized by a stream that flows into the earth, riding the rapids one can unravel mysteries, deep within the layers of consciousness. There one can find oneself, if one dares to search deep enough."

FINNTROLL stated about the new LP: "'Vredesvävd' is shamelessly untrendy, fierce and a catchy album. Raising a mushroom-cladded middle finger towards lazy rock music, it whips and whacks the poor listener in a way that only FINNTROLL is capable of delivering. Combining something old, something new and a ton of something black." 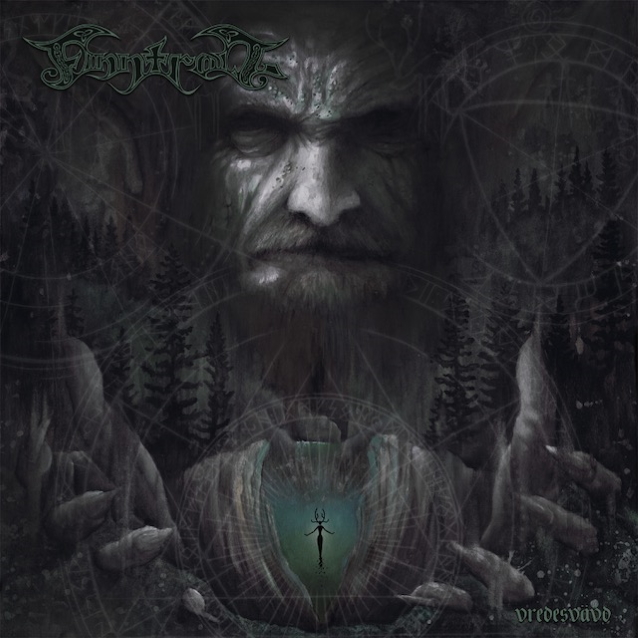