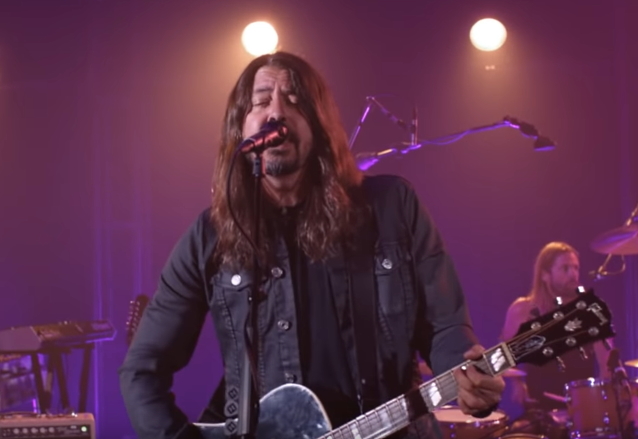 Watch FOO FIGHTERS Perform 'Waiting On A War' And 'No Son Of Mine' On 'Jimmy Kimmel Live!'

FOO FIGHTERS performed the songs "Waiting On A War" and "No Son Of Mine" on last night's (Thursday, January 14) episode of "Jimmy Kimmel Live!" Watch video of their appearance below.

"Waiting On A War" and "No Son Of Mine" are taken from FOO FIGHTERS' upcoming album, "Medicine At Midnight", which will be released on February 5 via Roswell Records/RCA Records. The nine-song, 37-minute effort was produced by the FOO FIGHTERS and Greg Kurstin.