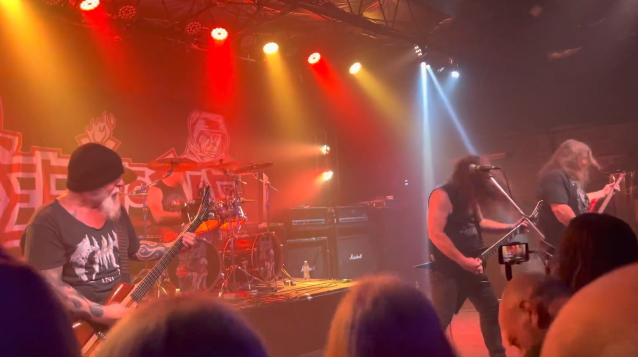 LEFT TO DIE, the new band featuring classic DEATH members Terry Butler (also formerly of MASSACRE and currently in OBITUARY) and Rick Rozz (ex-MASSACRE) paired with GRUESOME founders Matt Harvey (EXHUMED) and Gus Rios (ex-MALEVOLENT CREATION),kicked off a summer U.S. tour last night at The Haven in Orlando, Florida. LEFT TO DIE performed DEATH's classic "Leprosy" album in its entirety, along with cuts from "Scream Bloody Gore". Support on the "Reborn Dead" trek is coming from SKELETAL REMAINS and MORTUOUS.

When the tour was first announced in March, Butler commented: "It's such an honor to be playing 'Leprosy' after all these years. It's been 30-plus years since Rick and myself have rocked these tunes together and Matt and Gus are the perfect dudes to join us on this journey — huge DEATH fans and killer musicians." Rozz added: "Old-school DEATH fans — prepare yourselves for total brutality! Thanks to Terry, Matt and Gus for making this happen." 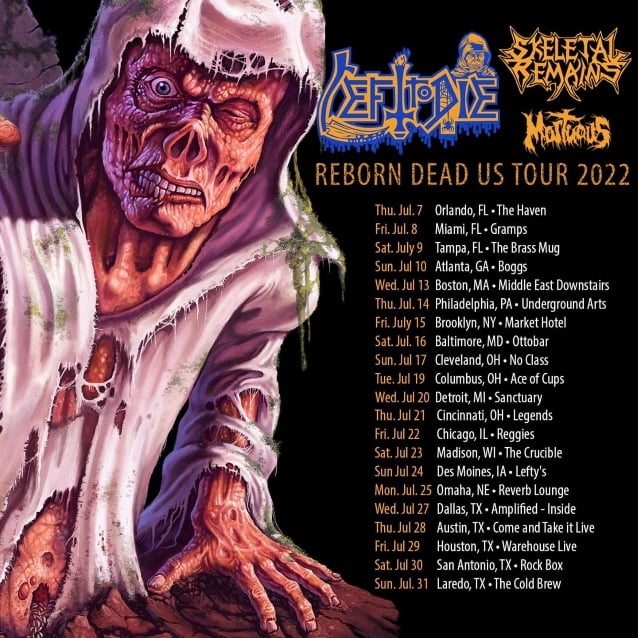