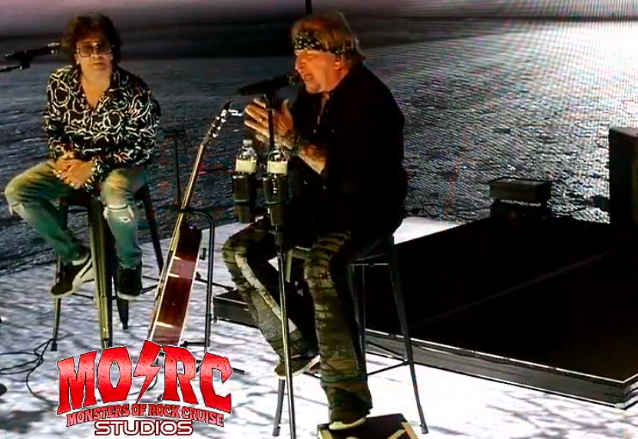 Ex-GREAT WHITE singer Jack Russell teamed up with his successor, Terry Ilous, along with guitarists Robby Lochner and Phil Woodward, for a special acoustic concert on Friday, June 26 on the Monsters Of Rock Cruise Facebook page.

Video footage of the set, which included acoustic renditions of songs from GREAT WHITE, XYZ and LED ZEPPELIN, can be seen below.

Great way to kick off the weekend. Classic tunes from Great White, XYZ, and Led Zeppelin! Tune in and get the LED out!