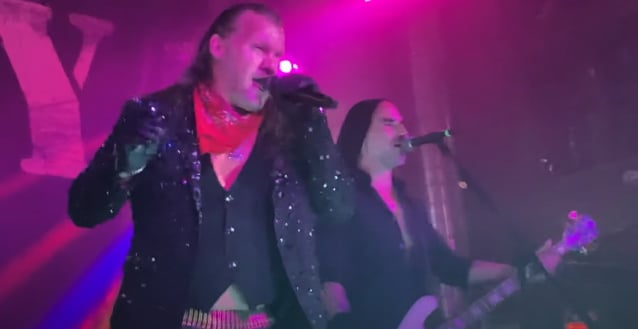 FOZZY debuted a brand new song, "The Vulture Club", during its concert Wednesday night (July 14) at Wildwood in Iowa City, Iowa. The band also performed its latest single, "Sane", live for the first time. Fan-filmed video footage of both tracks can be seen below.

In May, FOZZY dropped a breathtaking video for its first new song in two years, "Sane", which hit one million views in its first two weeks. This first-of-its-kind video was filmed on the longest wooden roller coaster on the planet today. Get a first-hand view of the madness as the band literally defies gravity, by reaching top speeds of 70 mph and terrifying drops of 154 feet, rocking to the crushing new track every track of the way!! It's an edgy, heart-stopping thrill ride that represents both the power and physicality of FOZZY's music, along with the bombastic nature and "who gives a shit" attitude of their live show.

This past February, FOZZY singer Chris Jericho told Detroit's WRIF radio station that the band's follow-up to 2017's "Judas" album would "continue with the momentum that [the] 'Judas' [title track] started for us three years ago."

Guitarist Rich Ward and producer Johnny Andrews once again did "the lion's share" of the songwriting for the new LP, which was recorded primarily in Atlanta, Georgia. 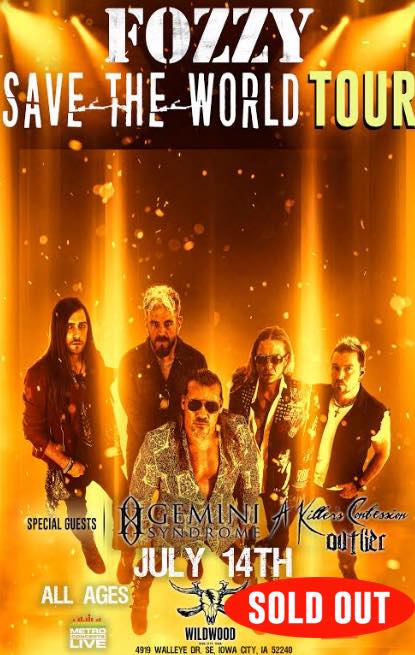