JASON BONHAM'S LED ZEPPELIN EVENING has announced "MMXXI" tour, set to take place this fall in North America. The 29-date trek will kick off on October 15 in Stateline, Nevada and will conclude on November 26 in Hollywood, Florida.

He told the Chicago Tribune about JASON BONHAM'S LED ZEPPELIN EVENING: "We're not LED ZEPPELIN. We are fans. We love the music. We give it 150 percent energy and time to make it as good as we can make it to give people that feeling and make people go back to their youth.

"I never wanted it to be we are just playing music. It had to be personal with stories to tell people what Dad was like at home. It's nice to know that so many people love hearing that music played in a live environment."

The performance will include LED ZEPPELIN favorites as well as deep cuts.

"The hardest thing is picking the songs," Bonham told the Chicago Tribune. " "There's more deeper songs — 'In The Light', 'Friends', 'Four Sticks' — songs that never got played live and never made it to a ZEPPELIN show. The list could go on for the more obscure ones that fans like to hear. Of course we still do 'Kashmir', 'Stairway To Heaven' and 'What Is And What Should Never Be'. We just started doing 'Dancing Days', 'Houses Of The Holy' and 'That's The Way'. This show is one of the most fun things to do because I get to play all this great music in front of people that really appreciate it." 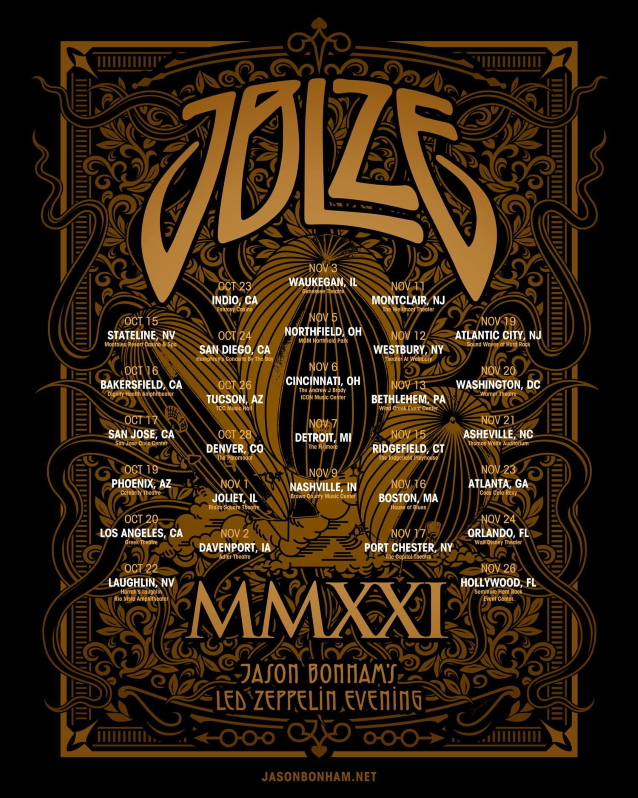