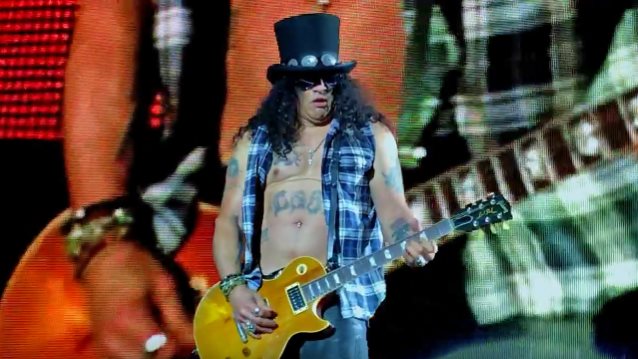 Heavy music magazine has uploaded front-row video footage of GUNS N' ROSES performing the song "Paradise City" on February 14 at Melbourne Cricket Ground in Melbourne, Australia. Check it out below.

As previously reported, GUNS N' ROSES was booed at its concert in Melbourne after the band's announcer mistakenly called out the wrong city at the start of the show. The group was already nearly an hour late in getting to the stage when GUNS guitar tech and longtime announcer McBob shouting "Sydney!" That led already restless fans to begin booing and calling out "You're in Melbourne" before the concert finally got underway.

The band later tweeted an apology for the mistake, explaining that McBob "accidentally … made an error" for the first time in 30 years.

Guitarist Slash also weighed in on his own Twitter feed, calling it a "Spinal Tap intro" but nevertheless calling the show "an awesome fucking evening."

The concert continued to trend on Twitter, with a seemingly large portion of the 70,000 fans in attendance expressing their anger over the mistake.

GUNS N' ROSES next plays in Adelaide on Saturday (February 18) and Perth next Tuesday (February 21) before leaving Australia and heading to Singapore, Thailand and Dubai. 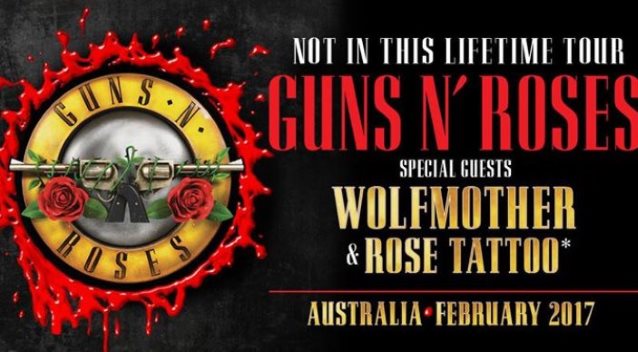