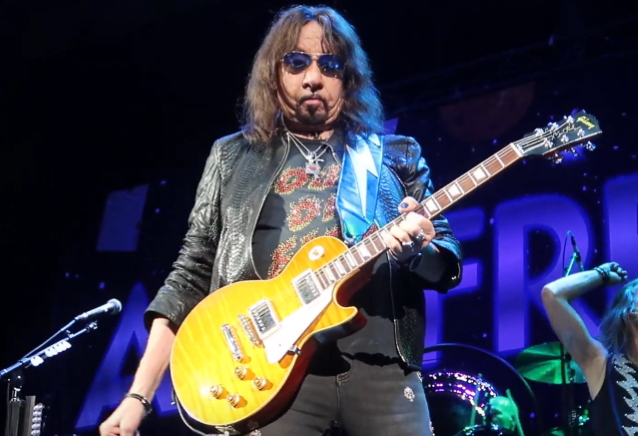 YouTube user Greg Perry has uploaded front-row video of Ace Frehley's October 9 performance at Daily's Place in Jacksonville, Florida as the support act for Alice Cooper. Check out the footage below.