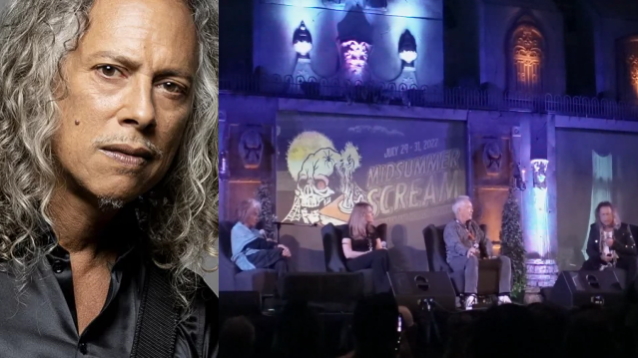 The 90-minute panel took place on Saturday, July 30 and featured family members of some of the most iconic monsters in cinematic history, including Sara Karloff, daughter of Boris Karloff; Ron Chaney, grandson and great-grandson of Lon Chaney Jr. and Sr.; Lynne Lugosi Sparks, granddaughter of Bela Lugosi; and Victoria Price, daughter of Vincent Price. All of them shared personal family stories, photos, and "perhaps a home movie or two," according to an official announcement. Hammett is a longtime friend of the Karloff, Lugosi, Chaney and Price families.

The Nights Of HorrorYouTube channel has uploaded video of the entire "The Original Monster Kids" panel from this year's Midsummer Scream. Check it out below.

When Kirk's involvement with Midsummer Scream was first announced in April, executive producer said: "We couldn't be more excited about bringing this panel to the community. Through the years, we have hosted some pretty spectacular moments on our stage. Having these kids and grandkids of such important horror and pop-culture icons is not only a thrill, but also important and a very special look into the private lives of Hollywood royalty."

As previously reported, Hammett's first solo release, "Portals", arrived on April 23. The all-instrumental four-song EP was made available digitally and on CD and "ocean blue" vinyl for Record Store Day. The effort was recorded in Los Angeles, Paris, and Oahu and was produced by Hammett, who drew inspiration for the songs from horror movies, classical music, and the work of Ennio Morricone, whose "The Ecstasy Of Gold" has been opening METALLICA live shows since 1983. 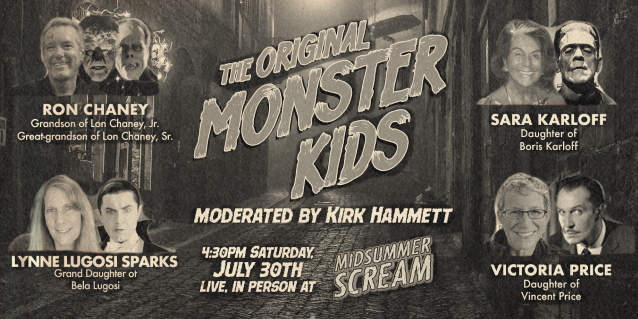