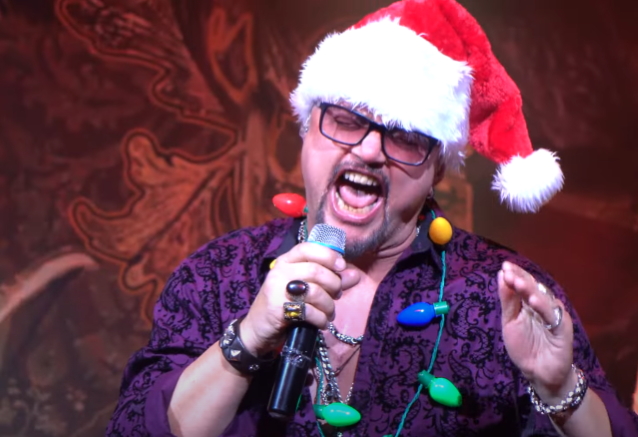 Fan-filmed video footage of Geoff Tate's December 4 performance at Arcada Theatre in Saint Charles, Illinois can be seen below (courtesy of YouTube channel MusicJunkie422). The show saw Tate playing many of QUEENSRŸCHE's biggest songs, including early classic "Queen Of The Reich", which originally appeared on the band's debut EP.

Tate had previously expressed his reluctance to perform "Queen Of The Reich" at his live concerts, telling Rock Show Critique in a 2012 interview: "It's funny, actually — a lot of people don't know about that song. A lot of people don't care about that song. It's an early song that was written and it shows. It's funny the reaction you get, because it's a lot of blank stares. In fact, it's the same stare you get when you play a new song that nobody's heard before. People just aren't that familiar with it. Given there are a few hardcore fans that might know that song, or like that song, and know what it is, but the majority of the people there don't. So it's not really a song that I enjoy singing, strictly because, lyrically, it's pretty adolescent. It was the first song written thirty-some-odd years ago and obviously I cannot relate to it anymore. I think, for performance, it's always best for the performer to really believe in the material they're singing or playing. If you don't believe in it, it's really difficult to get behind a song, do it well and do it at a level that comes across with any kind of believability. For me, I honestly can't relate to the whole dungeons-and-dragons lyrical content of that song; it's really cartoonish and juvenile to me."

Geoff Tate's Big Rock Show Geoff Tate still sounds just as awesome as he did he did on all the Queensryche albums to me!! What a great show!

Geoff Tate is here tonight! 😈 Come out to hear the vocalist of Queensrych rock out with this HEAVY, LOUD and BIG...