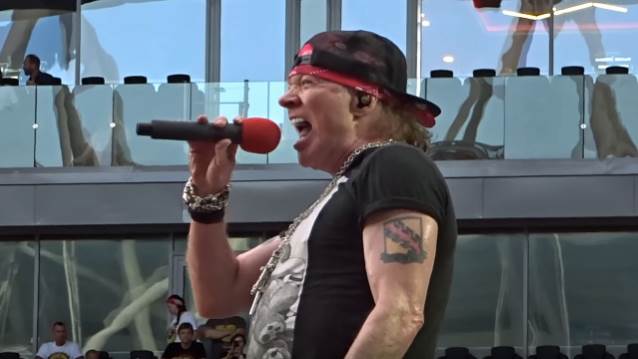 Fan-filmed video footage of GUNS N' ROSES' entire July 13 concert at Otkritie Arena in Moscow, Russia can be seen below.

GUNS N' ROSES' "Not In This Lifetime" ranks as the fourth-highest grossing tour of all time, based on Billboard's Boxscore archives. The trek, which launched in April 2016, topped the $475 million mark in gross sales with the final show of the band's 2017 touring schedule on November 29 in Los Angeles.

About seventy people travel with the "Not In This Lifetime" show in addition to the truck drivers; that number goes upwards of five hundred, including the local workers, by show date once catering, security, etc. are factored in, according to the GN'R tour's production manager, Dale "Opie" Skjerseth. 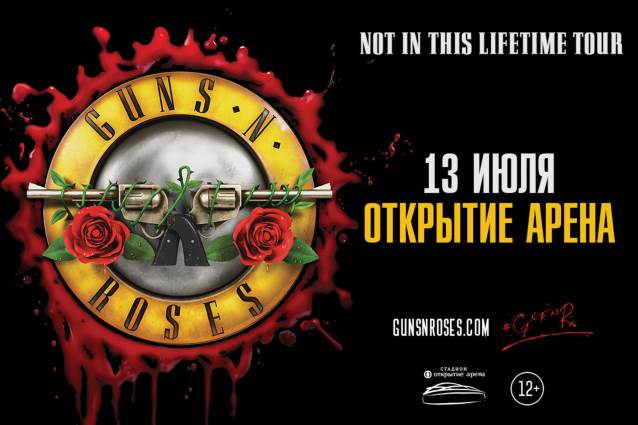