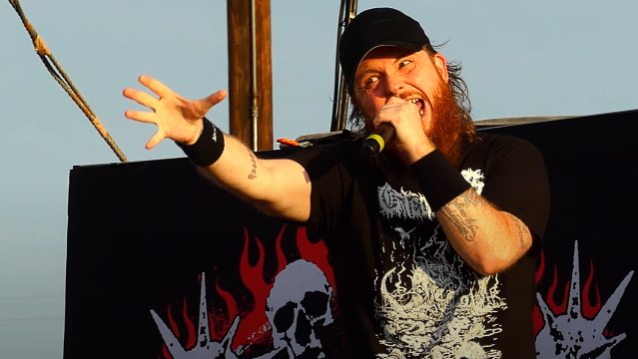 Fan-filmed video of HATEBREED performing a cover of the EXODUS classic "Bonded By Blood" on August 8 at the South Side Ballroom in Dallas, Texas can be seen below.

The Dallas concert was part of HATEBREED's North American tour as the support act for ANTHRAX and BLACK LABEL SOCIETY.

ANTHRAX canceled its performance at the South Side Ballroom on Monday "due to a medical concern". HATEBREED and BLACK LABEL SOCIETY went ahead and played their shows as scheduled.

ANTHRAX's tour with BLACK LABEL SOCIETY kicked off on July 26 at Van Buren in Phoenix, Arizona and will wrap up at the Fillmore in Philadelphia, Pennsylvania on August 28. Both bands are playing headline sets. HATEBREED, celebrating the 20th anniversary of the "Perseverance" album, is the special guest.

As previously reported, HATEBREED will also celebrate the 20th anniversary of its "Perseverance" album with a fall 2022 U.S. headlining tour. Support on the trek will come from BODYSNATCHER and DYING WISH, with GATECREEPER and BLEEDING THROUGH appearing on select dates.

The "20 Years Of Perseverance Tour" will kick off October 27 in Virginia Beach, Virginia and run through November 20 in San Diego, California.

2002's "Perseverance" was HATEBREED's perfectly executed, packed-with-anthems sophomore album that has become emblematic of the era. In fact, the album's iconic and lyrically uplifting track "I Will Be Heard" has become the band's signature battle cry, securing its place as the quintessential, fist-in-the-air chant of the new millennium, thanks to a call-to-action that starts with "Now is the time for me to rise to my feet…"

In the 25 years since their definitive debut, HATEBREED have rightfully earned their status as hardcore legends. They've remained road warriors, touring constantly and reducing venues to pile of rubble and ash while sharing stages with everyone from SLIPKNOT to SLAYER and serving as one of the top-tier headliners on multiple festivals, from Ozzfest to Mayhem to Warped Tour.

HATEBREED's eighth album, "Weight Of The False Self", was released in November 2020 via Nuclear Blast Records. The LP was produced by frequent HATEBREED collaborator Chris "Zeuss" Harris and it arrived on the heels of the sold-out anniversary shows that HATEBREED embarked upon throughout 2019 and the unprecedented success of 2016's "The Concrete Confessional".

"Weight Of The False Self" and HATEBREED were described by Forbes as "more relevant than ever in the metal and hardcore communities." It was also praised as a "return to their hardcore roots" by Brooklyn Vegan. The album was deemed "one of their most aggressive to date" by Consequence and "pummeling" by Revolver, while Psychology Today called it "a blazing combination of extreme metal and hardcore punk." 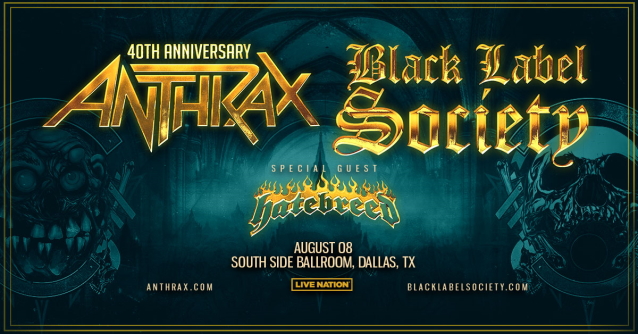