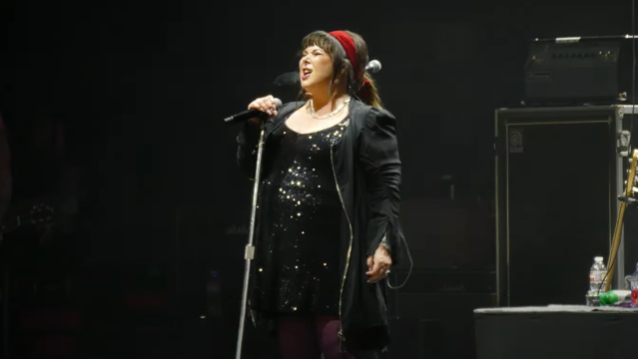 Fan-filmed video of HEART's Ann Wilson performing a cover of LED ZEPPELIN's "Black Dog" with her solo band on September 25 at the Cynthia Woods Mitchell Pavilion in The Woodlands, Texas can be seen below.

Earlier this year, Ann said that she offered to audition to become the vocalist of a new project featuring LED ZEPPELIN members.

Back in 2008, Jimmy Page and John Paul Jones were looking for a way to keep working following LED ZEPPELIN's incredible one-off performance at the O2 Arena in London in December 2007.

Although there were rumors of staggering sums being offered to the group for a full tour, singer Robert Plant elected to continue with his solo career instead.

Page has not divulged the full list of singers who jammed with him, Jones and drummer Jason Bonham, but ALTER BRIDGE frontman Myles Kennedy has publicly acknowledged rehearsing with the group, as has AEROSMITH's Steven Tyler.

In a recent interview with Liz Barnes, host of Planet Rock 's "My Planet Rocks", Ann revealed that she "threw [her] hat in the ring” when she heard Page and Jones were looking for a new singer almost 15 years ago. She made the comment while discussing "The Battle Of Evermore", the only LED ZEPPELIN track to feature a guest vocalist.

"Yeah, it's such a boy's club," Ann said. "ZEPPELIN always was a boy's club. I know that because there was a minute when the rumor was that they were auditioning singers and I just threw my hat in the ring. I went, 'I'm here!’ and it was crickets," she added, using the term that means absolute silence or no communication.

When Liz commented that LED ZEPPELIN should have at least said, "Come on in, Ann, and let's do a few numbers", Ann responded: "Who knows what went on there? But anyway, who would want to hire somebody that could sing just like Plant? I don't think that's what they were into, you know? I don't think they want it to be a caricature of LED ZEPPELIN."

Back in December 2012, Ann and her sister, HEART guitarist Nancy Wilson, delivered a moving rendition of "Stairway To Heaven", LED ZEPPELIN's signature song, at the Kennedy Center Honors. They were joined by Jason Bonham, son of original drummer John and the drummer for LED ZEPPELIN's 2007 reunion show. Their version of the track gradually grew to include a string section, a horde of backup singers and the Joyce Garrett Youth Choir. Page, Plant and Jones sat watching from the balcony and were visibly moved, particularly Plant, who had tears welling up in his eyes.

Despite the fact that both Tyler and Kennedy had gone public about their time working with the ZEP members, it seems that the majority of the work was done before any vocalist entered the picture. Back in 2017, Page explained to Classic Rock: "Certainly for Jason, myself, and John Paul Jones; Robert had his Alison Krauss project to promote. It seemed the right thing to go in and start playing new material. I thought we really should play to our strengths here, which was the music. But there were a lot of movements to bring in singers and do this, that and the other. And that would've changed the character too early from what we were doing. I won't say there was pressure, but there was a lot of hinting about this singer and that singer. For me it was more a question of, let's see what we can really do. And I don't think we got a chance to do that. Of course we would've played LED ZEPPELIN material, but you want to be playing some really, really good new music beforehand."

Jones added that once it was clear that Plant was not going to be joining the exploratory rehearsals featuring the new material, it was never going to be merely a LED ZEPPELIN project with a new lead singer. "Not at all," he said. "That's a total misunderstanding. I said, 'Of course, if we go out (on the road),we're going to have to do some ZEPPELIN numbers.' And there's nothing wrong with that. In fact, we rehearsed 'Carouselambra' (from 'In Through The Out Door'),which we've never done live before, and we had a bunch of new material done. But Jimmy and I couldn't agree on singers. . . I quite liked Myles Kennedy. He's got the range, but his voice is completely different than Robert's. Which was fine by me, because it was going to be a completely different band. But it didn't work out and we all moved on." 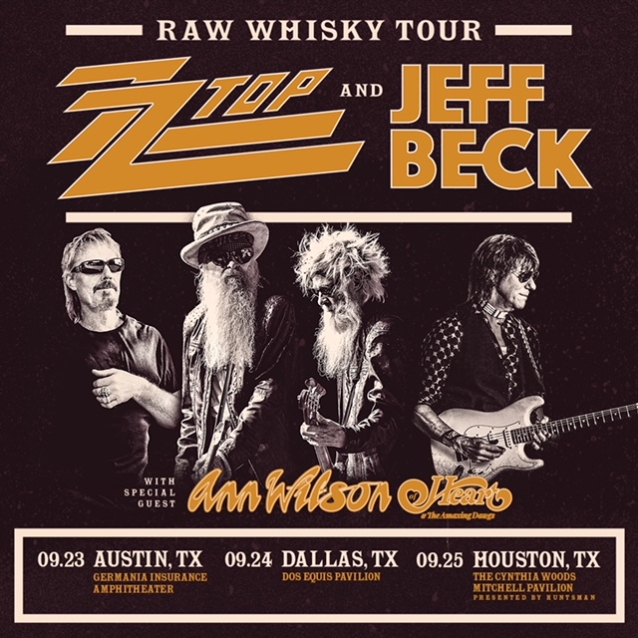