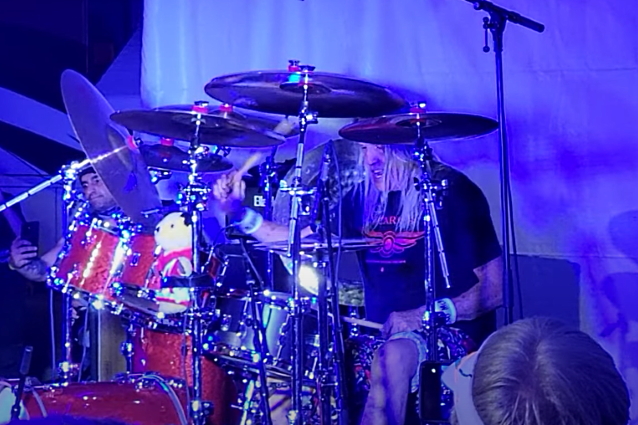 On Saturday, December 4, IRON MAIDEN drummer Nicko McBrain performed a set of MAIDEN classics — including the song "The Writing On The Wall" from this year's "Senjutsu" album — with TITANIUM TART at the 12th-anniversary celebration for Rock N Roll Ribs, the barbecue restaurant owned by McBrain and close friend Mitch Tanne, in Coral Springs, Florida. Fan-filmed video footage of the entire show is available below. Also appearing at the event were MADE OF METAL, KINLIN, ANGELS OF WAR, CHILDREN OF THE GRAVE and SCHOOL OF ROCK. 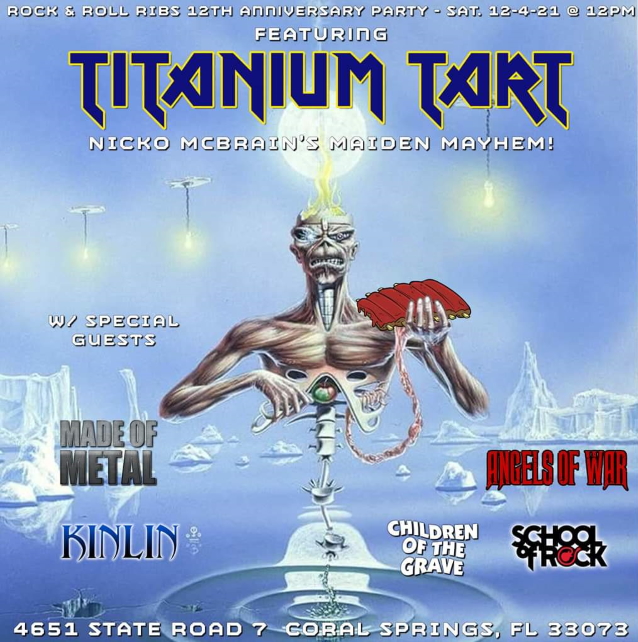