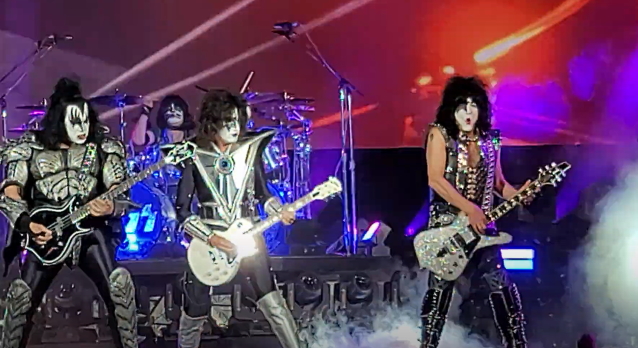 KISS took the stage Friday night (June 11) for a special performance at the 2021 Tribeca Festival in New York City. For the first time ever, the band played at the festival directly following the screening of part one of its new A&E documentary "Biography: KISStory". The two-part documentary event is part of the festival's 2021 TV lineup.

KISS kicked off its five-song set with "Detroit Rock City" and performed "Shout It Out Loud", "War Machine" and "Heaven's On Fire" before closing the show with "Rock And Roll All Nite".

Prior to the last song of the set, frontman Paul Stanley addressed the crowd, saying: "We don't have a permit to make a long show. So this is a little short. It's like a sampling before you get your big meal in August," he added, referencing KISS's upcoming tour dates.

Directed by D.J. Viola, "Biography: KISStory" chronicles the band's five decades in the business as founders Stanley and Gene Simmons reflect on their historic career.

After 50 years of rocking and rolling all night and partying every day, the No. 1 gold-record-selling band of all time, KISS, shares their story of success before finally smashing their last guitar and extinguishing the fire-breathing demon. Stanley and Simmons, along with current members Tommy Thayer and Eric Singer as well as guests Dave Grohl (NIRVANA, FOO FIGHTERS),Tom Morello (RAGE AGAINST THE MACHINE),manager Doc McGhee, music producer Bob Ezrin (ALICE COOPER, PINK FLOYD) and more tell the wild story of the most successful and influential band in the world. 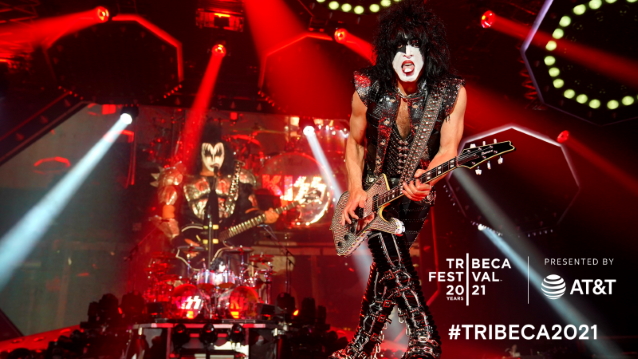