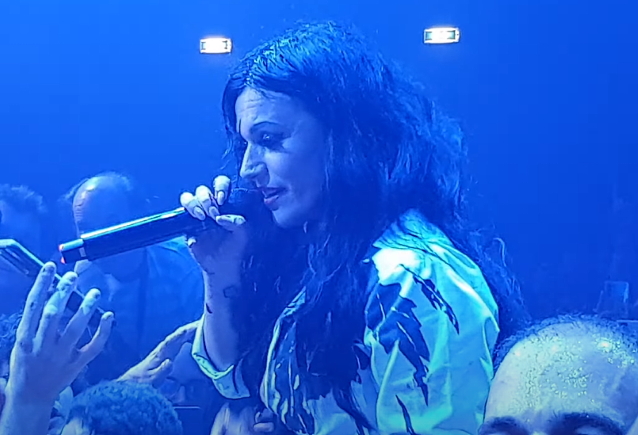 Italian heavy rockers LACUNA COIL celebrated the 20th anniversary of their third studio album, "Comalies", by performing it in its entirety at a one-night-only concert this past Saturday, October 15 at Fabrique in Milano. Fan-filmed video can be seen below.

On Sunday, LACUNA COIL singer Cristina Scabbia shared a few photos from the gig on her social media, and she included the following message: "My ears are still ringing, my heart feels fuller than ever and I have absolutely loved to see each one of you all in a packed home show… even from VERY up close… I've never felt more protected than when I stood in between my people in the crowd. Entwined, forever. On behalf of Maki, Andi, Dd, Richard and myself… THANK YOU, we mean it".

"Comalies XX", a "deconstructed" and "transported" version of "Comalies", was made available on October 14 via Century Media Records.

When asked in a new interview with Rock Sound how reworking "Comalies" for the LP's 20th anniversary influenced LACUNA COIL's plans for new music, Scabbia said: "I think that writing a record that is not new but it is new because the approach was new and most of the music is very new was a very cool step for LACUNA COIL to start working again on music. Because during the pandemic, I have to say that we felt uninspired. The fact that we had to stay in our homes didn't really nourish our inspiration because we were feeling very sad; we were feeling that we didn't know when everything would start again. So we didn't feel that we wanted to write a record that would bring all the negativity from the pandemic. So I think that 'Comalies XX', for us, is not only a celebration of a record that was born 20 years ago but it's also a celebration of the present and the future, because we are starting with a renewed energy and we know that from now on we're not gonna take anything for granted in life and in music, that it's always worth it to experiment and to try new ways, always, of course, being happy with yourself and your art."

Regarding the "Comalies" title, Scabbia said: "[During the album's recording], we had a sort of creative explosion. We were working in a coma, sort of like in a different dimension. First of all we just wanted to use the word 'coma' but there was something missing so we played with the two words 'coma' and 'lies'."

My ears are still ringing, my heart feels fuller than ever and I have absolutely loved to see each one of you all in a... 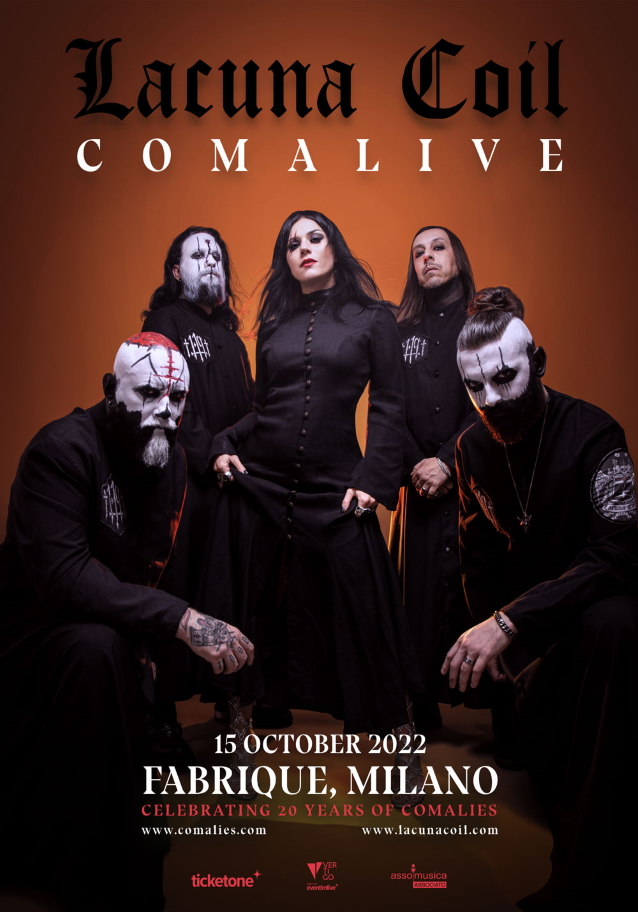